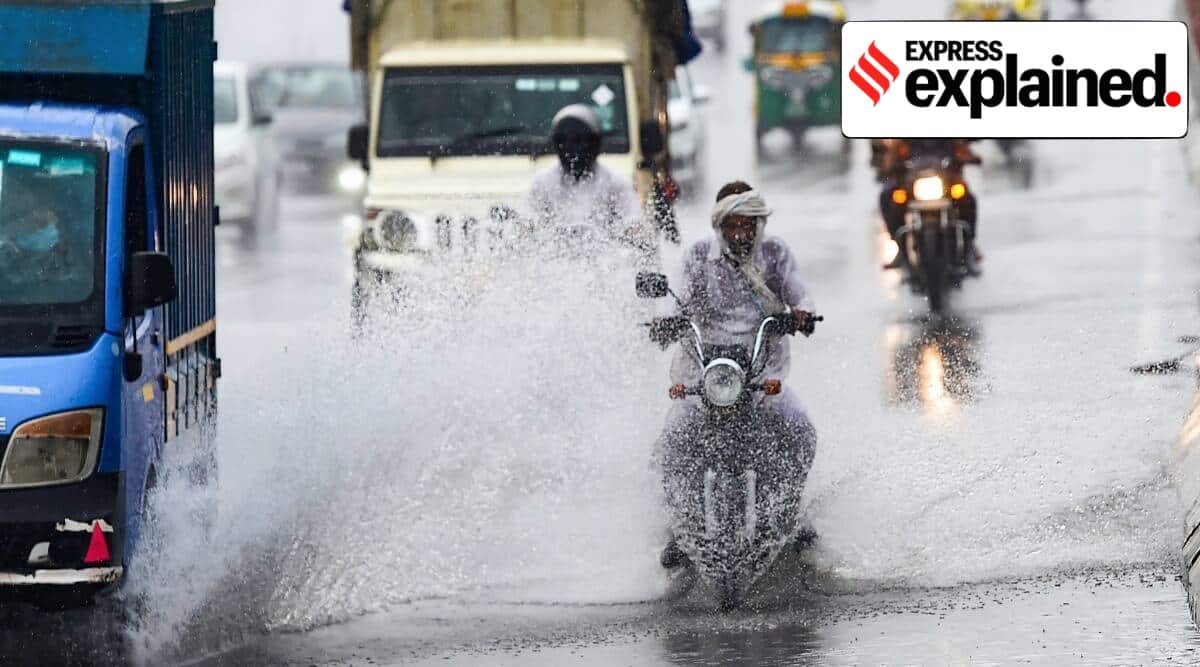 Deputy Chief Minister Manish Sisodia called a meeting to discuss the problematic points at 8 p.m. Earlier, the agencies responsible for the roads – PWD, MCD and NDMC – said they were ready for the rains and the drains had been desilted on schedule. The rains, however, laid bare that claim.

Why are Delhi’s roads waterlogged?

Over the years, Delhi’s drainage system has become plagued by encroachment and poor planning. Most of the capital’s storm drains are those that have been dug by the natural flow of water over hundreds of years. With the unplanned development taking place in the capital, many of them have been encroached, covered and obstructed. This means that the water no longer had an outlet. To add to the problems, several sewage systems have been mixed with storm sewers and when it rains, the system is overwhelmed.

Concretization also has an important role to play, with very little free space remaining where water can be absorbed into the earth. These concerns have been raised by the city’s environmental and water experts for decades, but no resolution has been forthcoming.

For several years now, the Delhi government has been planning to put in place a drainage master plan which will work on revamping roads, cleaning major storm drains, disconnecting sewer lines from water mains storms, among other problems, to rid Delhi of annual difficulties.

PWD had launched calls for tenders to appoint consultants responsible for providing solutions to the problems encountered in the evacuation of water. This was supposed to happen in March, but only two bidders showed up and both were rejected by the assessor. A new call for tenders was then launched in May. The consultant must provide workable and feasible solutions, as well as a roadmap for engineering solutions.

“The scope of work will include consideration of parameters to improve the drainage network of the Najafgarh basin under the jurisdiction of Delhi. Once appointed, the consultancy firm will provide solutions for drainage and individual locations, as well as at macro level,” an official told The Indian Express.

Consultants will also review existing pipelines, drains and other storm water drainage systems at all likely waterlogging locations and reverse drain level, road levels. Adjoining soil levels will be raised to provide effective drainage solutions (without siltation conditions). In addition to this, the consultants will also carry out a hydraulic study and assess the environmental impact and prepare a detailed project providing drainage solutions at different levels, as well as drains and an estimate of construction works.