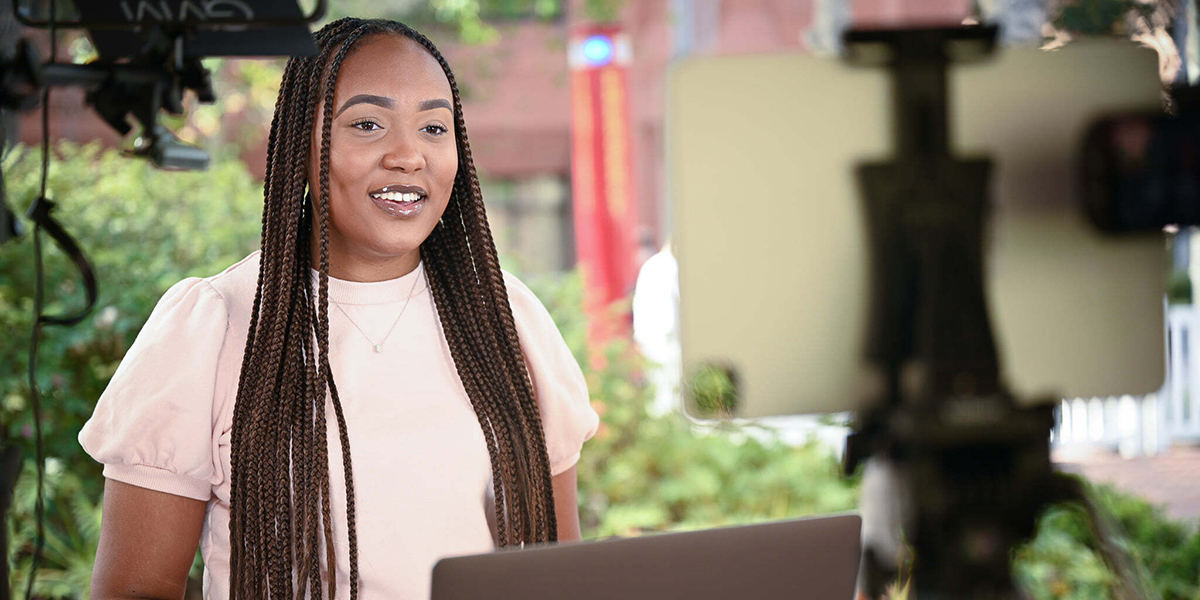 As the University of Southern California’s premier center for media studies dedicated to safeguarding, studying, and sharing the work of prominent and hidden figures who have played pivotal roles in social justice movements black people in America, the Bass Lab will create a web archive that will serve as a repository for black media and activist journalism. The archive will include digitized newspapers, magazines, photojournalism, and digitized 3D objects that tell the story of Black life and culture on the West Coast. Original content in the form of recorded interviews and oral histories will also be featured.

“The BassLabThe pioneering mission of combines traditional journalism with innovative media-making technologies to capture and preserve the many voices of racial and social justice movements,” USC Annenberg Dean Willow Bay said. “It will undoubtedly become a primary destination for black media makers, scholars and journalists.”

Richardson, the best-selling author of Testifying while being black: African Americans, smartphones and the new social justice #Journalismwill be the first director of the laboratory.

“When most people think of civil rights, they don’t tend to think of Washington, Oregon and California as hotspots for black activism – but the black press tells us a different story” , said Richardson, associate professor of journalism and communication. “For the first time in history, we are building a clearinghouse that will bring together black social justice journalism – in all its formats – while raising the voices of the people who have done it.”

The Bass Fellowship, which aims to increase the pool of talented industry journalists who are willing to report on issues of race and social justice, will be the lab’s first academic initiative. Select USC students will be trained to produce original audio, video, and photographic content and hone their skills in newsgathering, photogrammetry, drone photography, and podcasting. This content will be collected and curated for the Lab’s website, its future mobile application and the The Voices of a Movement “Virtual Humans” exhibit, which will be featured on the USC University Park campus during Black History Month in February 2023.

The concept of virtual humans was pioneered by the USC Holocaust Foundation through his Dimensions in testimony exposure. Dimensions allows visitors to “talk” with Holocaust survivors through advanced recording and display technology. When people ask a virtual human a question on screen, the software retrieves the appropriate video clip from a previously filmed interview as an answer.

“Over the past two years, black America has lost so many of its history makers – civil rights leaders, such as Rep. John Lewis and CT Vivian, and socially conscious actors, like Nichelle Nichols and Cicely Tyson “, said Richardson. “There has never been a more imperative time to capture the voices of black icons who are always with us. When we honor them, we help future generations connect the dots between social movements.

The Bass Lab was named in honor of Charlotta Spears Bass, the first black woman to be named vice president of a major American political party. Bass was also the first black woman to own and operate a newspaper on the West Coast. The California Eagle debuted in 1912 and is credited with sparking a mass migration of black Americans from the South and Midwest who sought promise and opportunity in California.

“Charlotte Bass’s pioneering leadership and tireless advocacy for black people helped establish the culture and makeup of the West Coast we know today. Our goal for the lab is to shine a light on the stories of those who carry on this legacy,” said Myah Genung, program manager for the lab.

Bass Lab’s efforts will also include collaborating with various media industry partners to develop academic and experiential programming that will reflect its mission.