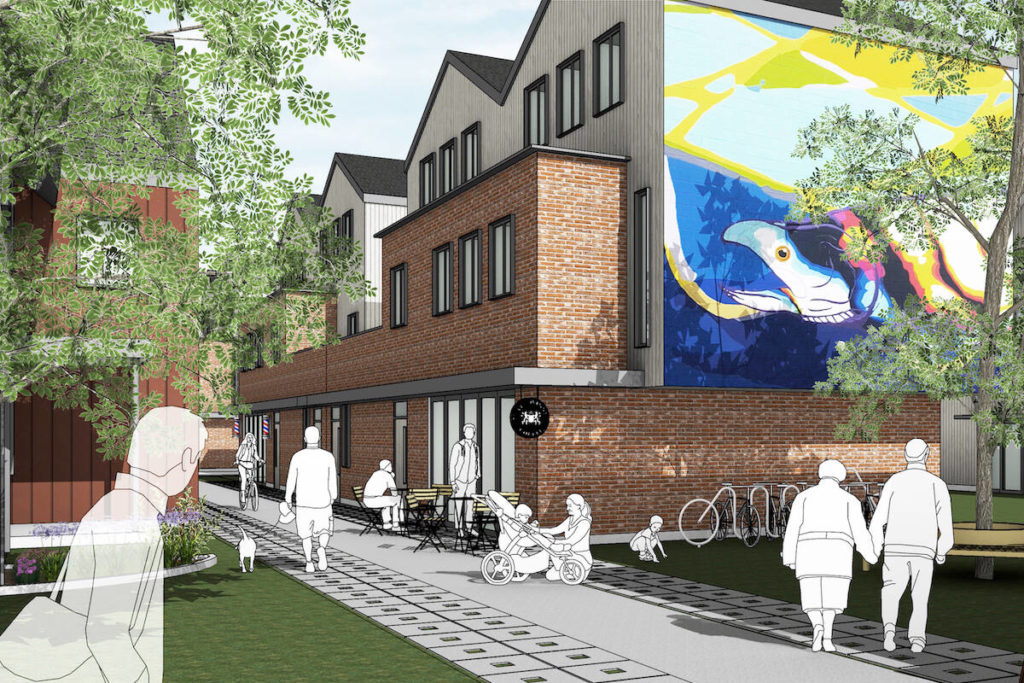 A new vision for a pocket of Surrey’s Fleetwood area is among the winners of a design competition created as ‘a rare opportunity for the public to help solve town planning problems’.

The Burnaby couple won $3,000 with a project that “offers families the flexibility to grow, diversify and strengthen their community over time through a step-by-step process. By instigating the small, simple thing first, it can capture the imagination of the community to make growth possible.

The winners of the competition were announced on Thursday, February 10 during a virtual ceremony. Forty-four proposals were submitted from across Canada and beyond, including Iran, India and the United States

The design competition called for innovative mixed-use designs intended to revitalize residential areas in four Greater Vancouver communities, including a square area of ​​Fleetwood bounded by 80 Avenue, 82 Avenue, 156 Street and 158 Street, just north of Fleetwood Park Secondary. The other regions were in Coquitlam, North Vancouver and Vancouver.

As noted in a video, Castañón-Rumebe’s submission focuses on a young couple, Jasmeen and Jai Patel, who operated a restaurant in Vancouver before the pandemic. They continued to cater meals from their home in Fleetwood and opted to convert their property from single-family zoning to neighborhood zoning, allowing them to legally operate a catering business in their home, “to serve and satisfy their neighbours, family and friends. ”

According to the design team, conventional development “predicts community needs, often leaving little room for the adaptability required for bottom-up change. This project proposes a new ‘NZ’ neighborhood area that shifts the focus from specific building use to mixed use and introduces new typologies. Rezoning of the single-family residential area to New Zealand would be expedited for properties meeting a specific criteria.

A question at the heart of the “ideas” competition: “At a time when more people are working close to home, how can we make our neighborhoods more livable? All Mixing Middle sites are located in single-family residential areas.

The first winner of the contest, a $10,000 prize, was “Lots in Common,” a reimagining of a North Vancouver site by Team Contingent (Nicole Sylvia, Roy Cloutier and Lőrinc Vass, of Vancouver).

Among the honorable mentions was a Surrey site proposal by Parley Collective (Haley Zhou, Felix Cheong, Rachel Cohen-Murison and Eveline Lam, from Toronto).

The winning entries can be viewed online at themixingmiddle.ca.

Urbanarium (aka Vancouver Urbanarium Society) was founded in 1985 by a group of “engaged city-dwellers with a passion for building cities”. The volunteer-run organization’s mandate is “to inform and engage the residents of Metro Vancouver to help guide community decision-making.”