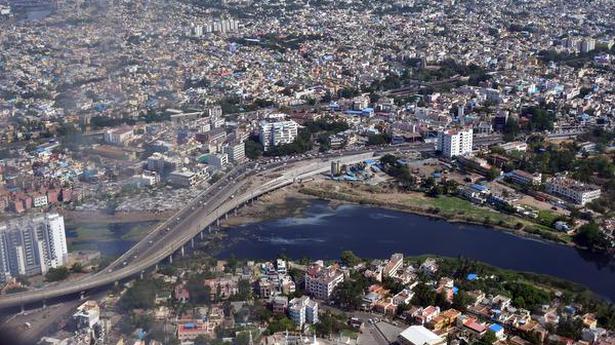 Over the past few decades, Tamil Nadu, the most urbanized of the major states, has lost its political vision when it comes to urban planning. Housing policies and urban planning have been presented as a techno-bureaucratic exercise, preventing political leaders from taking ownership and responsibility. In the process, citizens see their needs not represented. With major urban projects on the anvil and Chennai’s third master plan on the drawing board, it is time for the Dravida Munnetra Kazhagam (DMK) government to re-politicize planning and adopt a vision consistent with its citizen promises .

Planning past and present

For a long time, the state government stood out for its innovative planning practices. In 1948 he produced a comprehensive report on housing and impressive solutions to the housing shortage. As early as the 1960s, he created an overall plan for Chennai. He established the Slum Clearance Board in 1971, the first of its kind in India. The then DMK government adopted a radical policy to eliminate slums in the state. The iconic photograph of the then Chief Minister, Mr Karunanidhi, taking a boat ride in the rejuvenated Cooum is a telling example of how urban development projects have remained a key part of the political agenda. Former Chief Minister Jayalalithaa supported solar-powered greenhouse projects for the rural poor. State leadership was directly associated with planning policies and the construction of livable cities was at the heart of political action.

What has changed over time? First, policy makers have depoliticized planning and presented it as a mere technical exercise in the allocation of resources such as land and money. They deployed what political scientists Matthew Flinders and Jim Buller describe as “institutional and preference-forming tactics” to achieve this. Institutions were created to give experts a longer rope, reduce political interference and avoid short-term considerations in planning. However, they are meant to operate within the parameters set by elected political leaders. This seems increasingly absent in Tamil Nadu.

As Flinders and Buller point out, by using the ‘preference formation tactic’, institutions create a choiceless situation by offering expert advice as the only solution. They exclude contested viewpoints from public debate. There is no political moderation of expert-led programs. While theorists may argue that depoliticization improves efficiency, on the ground, as planning and policies continue to fail, the credibility of politicians is significantly eroded.

A shining example of depoliticized planning is the Tamil Nadu Housing and Affordable Urban Housing Policy, 2020. It thrives on ambiguity and opacity. It has reduced the role of the state and allows the market to deal with social housing without providing any information on the shortage, household incomes and affordable housing prices. It is silent on the number of households that cannot afford market-provided housing. On the contrary, the first plans, such as the 1948 report, offered empirical evidence, transparent evaluation and a clear political program. This report recognized that 75% of Chennai’s population belong to the low income group with an income of ₹50 or less per month. These families could not afford market-built houses priced at ₹5,000. The government then took full responsibility for providing housing to low-income households. Similarly, in 1971 the government admitted that the Housing Board had failed because it had diluted its mission by focusing on higher income groups. The government created a separate council and invested its resources in housing for low-income people.

In contrast, current policies do not disclose housing and city conditions. They do not make a clear commitment to keep the selling price of social housing within the affordable range in private projects that receive financial support from state-supported housing funds. The case of the third master plan for Chennai seems no different. The activities started without any political framework. Will the government agree if planners again come up with a market mechanism to allocate land and resource use? What results do they want the plans to achieve?

As economist Allan Drazen explains, government must recognize competing interests and choose the mechanism for negotiating them. Only political leadership can provide a widely accepted framework. The government must own and guarantee specific results. Possibilities are to merge the Housing Board, which increasingly functions as a developer, with the Slum Board; pool all land and resources and use them only for social housing; requiring broader consultation; moving away from conventional land use planning; and the adoption of strategic urban design projects to create spaces for people and safe streets.

A. Srivathsan is a professor at CEPT University. Views are personal