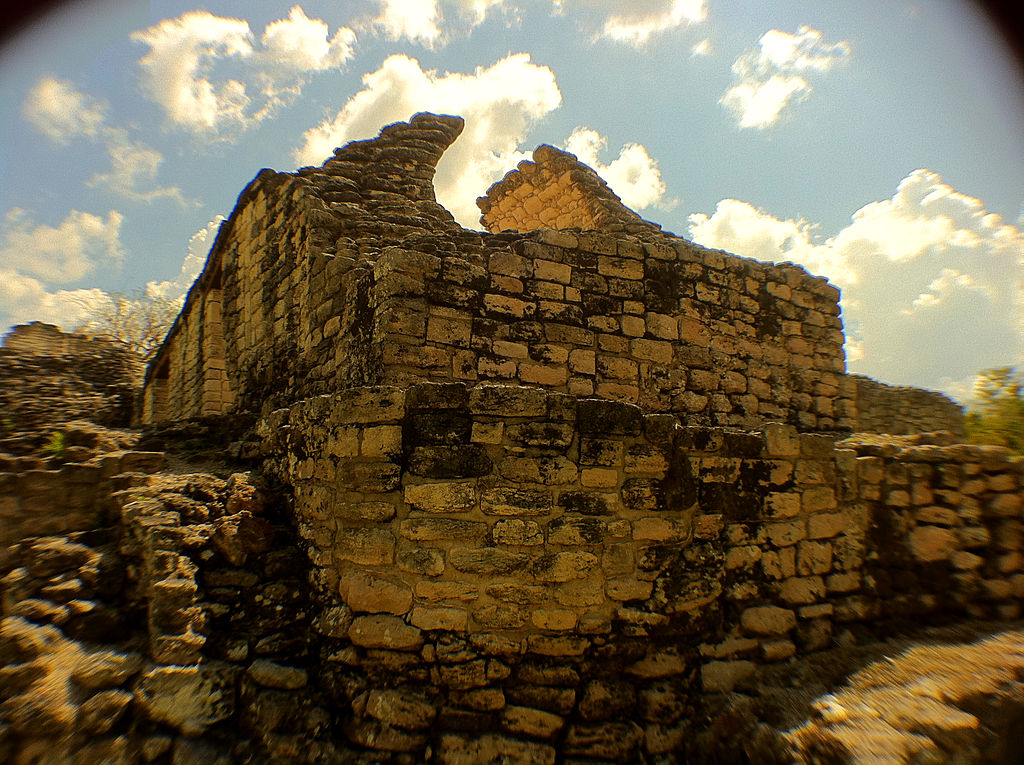 Long before the grid plan of Manhattan Island in New York, the ancient Olmecs and Mayans were already building their own urban centers using a grid system. The structures of these settlements were carefully laid out, but not to facilitate transport or trade. Instead, scholars have long suspected that these ancient city planners based their decisions on religion above all else.

The study of the spatial configurations of the first Olmec and Mayan cities can help us to understand the functioning of their respective civilizations. Unfortunately, studying these configurations has proven difficult. While many pieces of ancient architecture managed to survive to the present day, almost no city has been preserved in its entirety. Since the spatial configuration is based not on the characteristics of individual buildings but on their relationship to each other, researchers often have to acquire each piece separately before they can begin to assemble the puzzle.

Using lidar (laser imaging, detection, and ranging) technology, an interdisciplinary team of researchers led by University of Arizona anthropology professor Takeshi Inomata managed to identify as many as 478 geometric complexes scattered throughout the Olmec region and the Maya lowlands. Together, these long-lost pieces of architecture provide a window into Olmec and Maya societies, allowing us to see how their cultures spread across Mesoamerica.

The Olmecs are the first known civilization of Mesoamerica, populating the isthmic region of southern Mexico and western Guatemala between 2500 and 400 BC. They were succeeded by the Maya, who settled in the same stretch of land around 350 BC and remained there until mysteriously disappearing in the 10th century, several hundred years before the Spanish conquistadors set foot on the continent.

Comparing the spatial configuration of temple complexes from different regions and periods gives us an idea of ​​the cultural debt Maya society owed to its Olmec predecessors. But while several scholars trace the origins of sculptural and ceramic styles to the Olmec city of San Lorenzo, the influence this site may have had on the development of spatial configurations in later Mesoamerican settlements remains up for debate.

San Lorenzo is the oldest known Olmec site that hints at the existence of a society that achieved state-level complexity, and it consists of a large flat plateau. Although the Olmecs were known to build pyramids, none appear to have been present in San Lorenzo at the city’s zenith. In a 1980 study, an American archaeologist named Michael Coe suggested that the tray was deliberately fashioned to Like a bird. Others have argued that this resemblance was simply accidental and the result of erosion overtime.

The emergence of Maya town planning

Although it is the oldest Olmec complex ever discovered, the planning of San Lorenzo appears to have little or no influence on the standardized formats that characterize later complexes. In an attempt to answer questions raised by the ruins of the ancient great city, Inomata’s Middle Usumacinta Archaeological Project (MUAP) has documented Olmec and Maya complexes scattered over an area of ​​84,516 square kilometers. In the process, his team quickly noticed an architectural pattern connecting these complexes.

MUAP started in 2017 near Tabasco, where researchers discovered a rectangle-shaped Mayan plateau. It was 1,413 meters long, 399 meters wide and between 10 and 15 meters high. The monument, one of the oldest of its kind, if not the oldest, may have served as a model for similar structures. “The presence of this previously unrecognized pattern,” reads the study, “implies that the emergence of standardized ceremonial complexes in southern Mesoamerica was more complex than previously thought.”

The spatial configurations of these complexes were provided by the Instituto Nacional de Estadística y Geografía, which used lidar technology. Although expensive, this method has proven to be quite useful for surveying monuments in remote locations, where thick vegetation makes it difficult to get a good aerial view. Conversely, older and much less accurate field analyzes of these sites failed to pick up on the structural similarities that had existed all along.

Besides their main rectangular plateaus, a number of Olmec and Maya complexes—including those found at San Lorenzo, Aguada Fénix, Buenavista, El Macabil, and Pajonal—also appear to consist of 20 smaller adjacent plateaus, which scholars call “plates They suggest that this construction may have been derived from the Mesoamerican calendar, which was organized not in groups of seven days but of 20.

Some of the complexes also seem to have been positioned according to the solar zenith, their directional symbolism alluding to the “forms of ritual processions that took place there”. Other complexes, especially those in mountainous regions, may have been lined with peaks and volcanoes instead. “These patterns,” the study continues, indicate that the builders “designed their ritual spaces by selectively using various cosmological principles and adjusting them to local conditions.”

Last but not least, the Inomata finds also recontextualize the cultural significance of the ruins of San Lorenzo, whose flat, rectangular plan actually resembles much more other complexes than initially expected. This standardized format, the study concludes, “was probably formalized and spread after the decline of San Lorenzo through intensive interaction between different regions. These observations highlight the legacy of San Lorenzo and the essential role of intergenerational interaction.