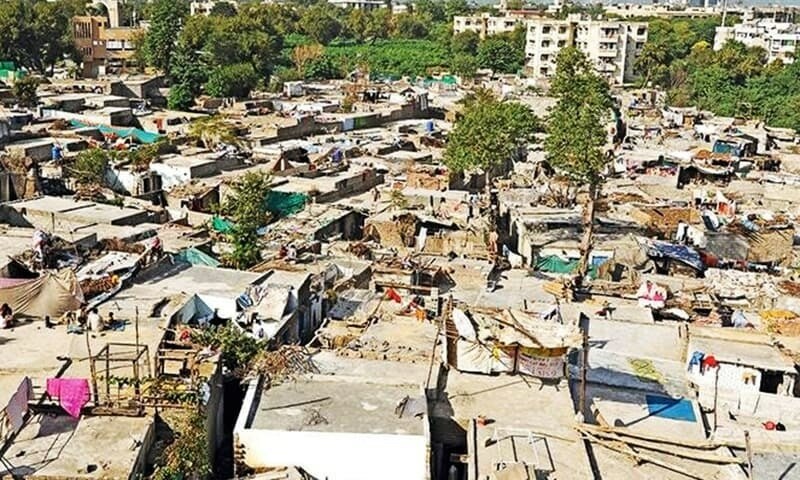 Slums are the inevitable results of master plans, not their violations (Uncivil City, Amita Baviskar).

A well-planned city is one that provides a framework for development designed to increase livability, prosperity, and equity. Planned cities are an excellent tool for enforcing sustainable development and balancing the need for growth with nature conservation. Master plans, especially if not updated regularly, could lock the city into rigid designs that do not always meet current requirements.

Cities have been the home of civilization and economic development since the dawn of time — at least 80% of global GDP is generated in cities. With a population of 220 million, Pakistan contributes only 0.34% of global GDP. On the other hand, Hong Kong contributes more to the world economy than Pakistan, with a population of 7.4 million inhabitants (0.43 pc). In terms of GDP and growth, Pakistani cities are clearly underperforming. “It is time to rethink what Pakistani city planners have done to our cities,” Dr Nadeem Ul Haq correctly said.

Dr. Haq, Vice Chancellor of the Pakistan Institute of Development Economics (PIDE), has raised this issue several times in different forums. He believes that planners have a legal monopoly on creating massive plans that will dictate how we will live for decades to come. They receive massive government grants to create master plans that outline where and what can be developed. The world is changing rapidly, with the emergence of new technologies and challenges like climate change. Do our town planners take these issues into account in their master plans? They failed to do so.

In a recent Twitter thread, Dr. Haq points out the incompetence of city planners. City planners don’t allow people to build houses and shops together. They put all the apartments in one sector, all the schools and universities in another sector. They divided the city by flyovers and underpasses to prevent marching. Our planned cities have failed to provide us with parks, bike paths, walking paths, community centers and parking spaces. Looks like our planners built cities for cars not humans and created expanses rather than cities. Should planners who have made such bad master plans in the past be allowed to tell people how and where to live, work and play?

They should not. Dr. Haq is of the view that planners are needed to systematize the development work of cities, but not to command cities and plan for the future.

PIDE, as a think tank, has conducted a number of discussions on a wide range of social and political issues in the recent past, as well as research on urban planning and related issues. The issue related to our cities is the subject of particular attention in “The PIDE reform agenda for accelerated and sustained growth”.

When we think about what a city should be like, the first thing that comes to mind is inclusiveness. In order to facilitate growth, we will need to make our cities creative – which means making cities dense, mixed and inclusive – it will also mean that cities expand vertically rather than horizontally, as is currently the case. Mixed urban space, that is, having everything a person needs nearby, reduces transportation costs and generates several agglomeration economies.

Vertical and inclusive places also discourage sprawl and thus prevent cities from facing diseconomies such as congestion and pollution by introducing an efficient transport system and congestion charges.

We also need to use the concept of zones in cities by allocating enough space for business operations. The presence of offices, schools and warehouses in bungalows is enough to suggest that commercial space is scarce in our cities. Zoning a business-friendly city will address this shortage.

The lack of inclusive cities is the main reason for the presence of slums and sprawls. The poor are an important part of the economy; since they have to work in cities, city zoning must allow them to live in the city – preferably near where they work – failure to do so adds to slums, which cause one of many civic and societal issues. This can be accomplished by enabling a strong and vibrant rental market, which currently does not exist.

To avoid congestion in the densest areas of the city, especially at peak times, creative cities would need a “car policy” as well as a “parking policy” to discourage car use in favor of public transport. Dr. Haq in his article “Why do we subsidize car use?” and “Bikes, density and cars” presents a number of information on the problem of traffic in Pakistan, as well as solutions such as paid parking, a dedicated expressway, bicycle lanes and a walking space for citizens. The construction of unmarked corridors and air bridges does not solve the traffic problem that our cities currently face.

Furthermore, the study by M. Haffez ur Rehman,Why Pakistan needs a car policy?provides a detailed discussion of this particular issue.

The PIDE 2021-22 reform program proposed that dense and vertical cities will require a highly efficient level of civic institutions and public service agencies.

This would require a very strong local government with control over the whole city. Thus, the current system of a city controlled by several authorities will have to be abandoned. A growing number of cities around the world are abandoning master plans in favor of general rules that allow markets to decide on urban use, height and landscape. Our city planners should use this strategy and develop cities vertically rather than horizontally.

Posted in Dawn, The Business and Finance Weekly, January 28, 2022