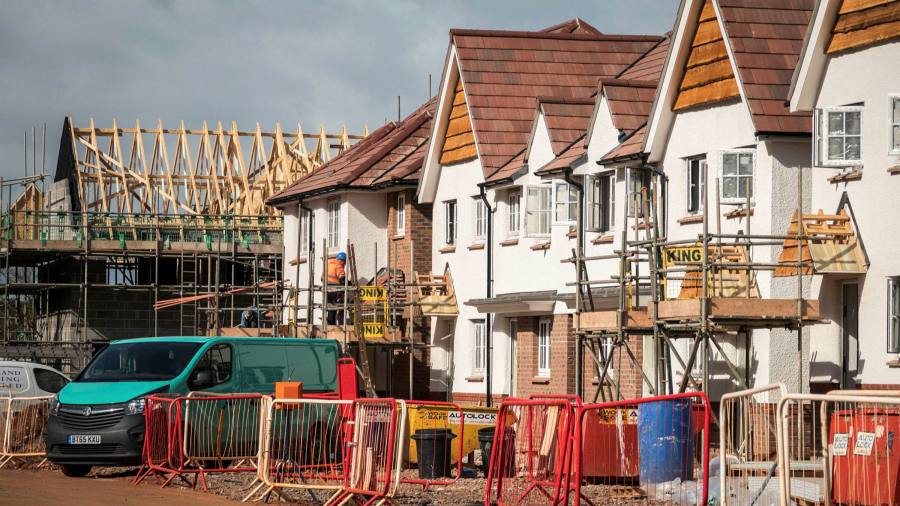 Here are two facts about land use in England: houses and gardens occupy just 5.9% of available land; and land with authorization to develop can be worth 100 times more than the earth without it. The idea that there is a shortage of land for additional accommodation is ridiculous. Moreover, the planning system is by far the greatest market distortion in the economy: it restricts supply, to the benefit of landlords, who have made huge unearned gains.

In a March 21 column, I argued that the lack of supply explained why house prices had risen so much in some parts of the country. In an editorial of April 28, the FT considered the reforms necessary to develop the offer. The discussion here will focus on the most significant obstacle to this: planning. This is timely, since the Queen’s Speech promised to legislate to change the planning system, “so that more houses can be built”.

Almost the whole debate is expressed in Soviet terms: “need”, not demand, and number of units, not price. But market signals tell us that the public wants more land for residential use, which is far more valuable to them than in its current main use, agriculture; 63% of the land is currently under cultivation, while all developed land plus gardens and outdoor recreation is only 15.3%. Besides, 84% of the UK population lives in urban areas, which must generate an even larger share of gross domestic product. The share of agriculture in the GDP is 0.61%: economically, it is a hobby.

We need a planning system that incorporates what people are really asking for. Opponents will insist that the amenity value of open land is overwhelming. Really? Currently, the ratio of farmland and other open space to residences plus gardens is 14 to one. If we increased the housing stock by 10%, with gardens added, at the expense of farms, this ratio would still be 13 to one.

It would be do not be my recommendation. But the idea that we have no more land for houses or that every piece of land has an imperishable amenity value is absurd. Isn’t it much more important that children grow up in big houses with gardens? Aren’t urban green spaces much more valuable than vast areas of monoculture? Opposition to any erosion of the green belt is also hysterical. They are not sacred oases: they are sanitary cord intended to keep hoi polloi out of greener areas.

We must introduce a presumption of development based on three considerations: the value of land when it is developed, compared to its value in current use; its amenity value in everyday use; and the cost of providing the necessary infrastructure. Where the first greatly outweighs the second plus the third, development should not only be allowed, but required. Basically, local governments need to secure a sufficient share (possibly all) of the planning gains, in order to fund the necessary infrastructure and improve services to all residents. In addition, where local authorities do not take responsibility for development, they should be able to tax holdings of any land with planning permission, in order to encourage development.

Needless to say, no government will do all of this. They are too attached to the planned approach to land use. But they can at least make the system more flexible and rational, as advocated by a excellent article from Policy Exchange in 2020. the Center of towns also produced imaginative ideas for development around stations in green belts in 2019. Above all, last August, the the government has made its own proposals.

Paul Cheshire of the London School of Economics applauds the government’s proposals, arguing that it is “the first serious attempt to reform our dysfunctional land-use planning system since its inception”. In particular, he argues, they would reduce the risk and uncertainty that the current system imposes on builders, while incentivizing local communities to accept new developments. The proposed system would require local authorities to draw up plans in a standard format and move away from individual decisions on every major proposal towards a rules-based system. In addition, the ongoing unpredictable negotiations on conditions and the “community infrastructure taxwould be replaced by a fixed levy for infrastructure.

These proposals are a small step in the right direction. But the system would still not be based on rigorous economic considerations. This would put too much emphasis on housing ‘need’ over demand and the often ugly agricultural acreage over the vast majority’s aspirations for better and cheaper housing. The least we can hope for is that the government holds firm and does not back down cowardly.

Letter in response to this column: