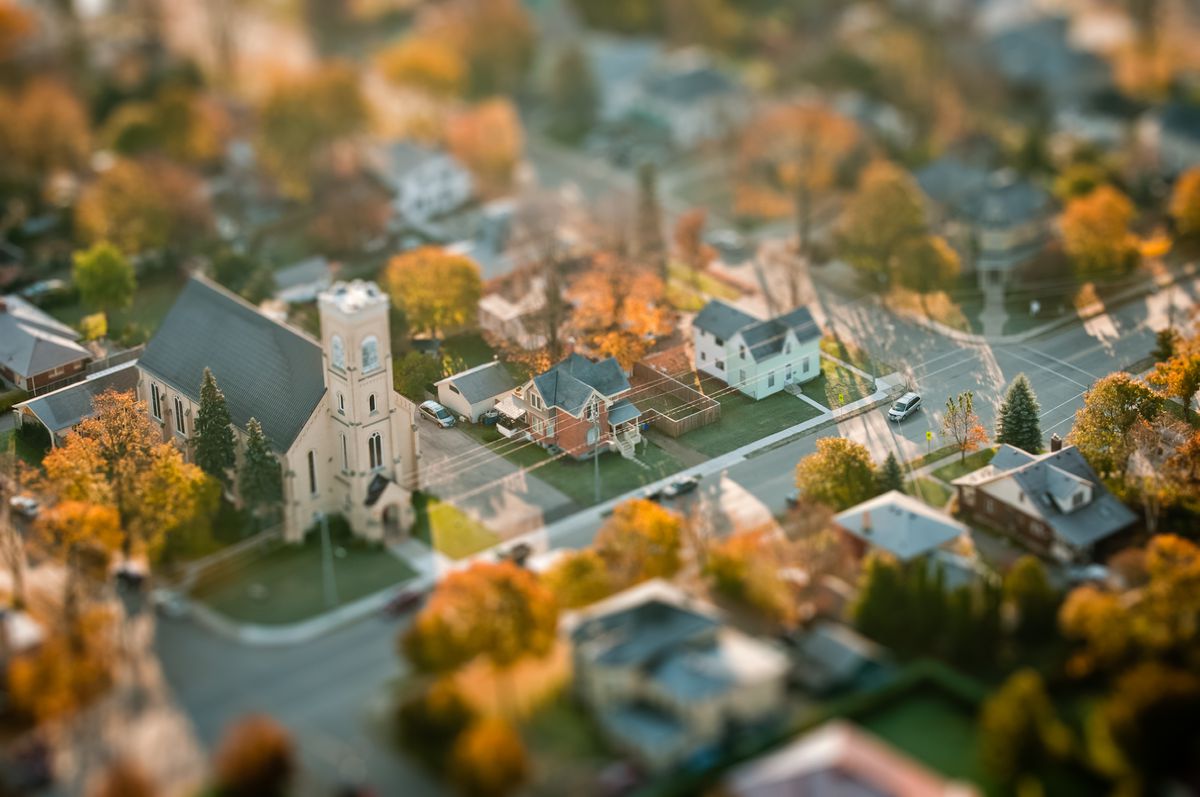 How we build cities reflects how we perceive ourselves and others. For decades, zoning regulations and covenants have kept parts of North American cities white, relegating racialized people to specific, separate areas and creating inequities in our housing systems.

It is well established that American cities used zoning laws to enforce racial segregation. According to a January 2021 working paper from the U.S. National Bureau for Economic Research, “Real estate developers had used covenants as early as the first decades of the 19th century on house plots built on the urban fringe or suburbs. These deed restrictions, passed from developer to owner, explicitly prohibited commercial uses and, from the last decades of the 19th century, the sale of the house to racial and religious minorities… [Then,] As the 20th century progressed, white landlords increasingly turned to more formal tools of neighborhood exclusion and control, particularly zoning.

But Canada has a very similar story. In a 2012 report by the Canadian Center for Policy Alternatives on municipal exclusion, author Ian Skelton noted that “the practice by municipalities of using controls on land use to limit their social composition is a practice long-standing in Canada… In Canada, several authors have pointed to experiences in a number of cities with municipal controls such as zoning regulations that are operationalized to preserve high land and housing values, and to ensure areas are developed and maintained for affluent groups.

Hogan’s Alley in Vancouver is a prime example: once a multicultural home to most black Vancouverites, it was demolished in the 1960s to make way for a municipal overpass. Stephanie Allen, founding member and director of the Hogan’s Alley Society, wants to create a nonprofit community land trust that would provide 70% below market rent and 30% market rent without private property. “We’re just asking for homes that allow people to have joys in their lives,” she says.

Allen says these units are especially important to black people in Vancouver because they would help address homelessness. She says she believes it is necessary to tackle the racism and discrimination that make black people homeless and to stop criminalizing homeless people. “How can we talk about politics where the police and homelessness are put in the same sentence? Allen asks.

Other planners agree. “We all know that class and race go hand in hand,” says Byron Nicholas, supervising transportation planner for Hudson, NJ, and creator of Black + Urban, a community of black urban planners, designers, and trendsetters. . He explains that when developers build luxury apartments with private amenities available only to residents, they decide who they want to make comfortable and provide services and, by extension, who they care about.

Nicholas describes these types of exclusive luxury developments as gated communities with no physical gates. “[Developers] buy land in low-income minority communities at low prices and then they spend a lot of money on amenities and materials and they prevent people who live in surrounding communities from benefiting from those amenities,” he said. declared. said.

Private public spaces are one way to counter this. Since 1961, New York City has offered waivers to developers to build larger properties in exchange for creating indoor and outdoor spaces for the public to enjoy. But to have this kind of community planning approach, cities have to pass zoning regulations.

Sandeep Agrawal, director of the School of Urban and Regional Planning at the University of Alberta, is working with the City of Edmonton on its zoning bylaw renewal initiative. As part of this plan, the city is re-evaluating its zoning by-laws from an equity and inclusive perspective in order to make the by-laws more representative of contemporary urban realities.

“One of the problems with zoning is that, as a means of solving land use problems, it has been used in the past to control and separate people,” says Agrawal. He explains that in Canada, zoning has been used to discriminate against blacks, aboriginals, Chinese and Jews, among others. For example, in 1923, Edmonton City Council passed an ordinance that prevented black people from using public swimming pools for fear of mixed bathing.

Although the more overtly racist and discriminatory elements of zoning and other ordinances have been largely removed, there are still vestiges that ultimately discriminate against low-income people and recent immigrants, as restrictive zoning affects their ability to find affordable housing.

Updating municipal bylaws is not only a moral obligation, it is also a legal responsibility, insists Agrawal. “If you look at fairness from a human rights perspective, then legally municipalities are required to embed fairness in their jurisdiction…and to ensure that their policies and regulations are not overtly or otherwise… discriminatory against people who may be marginalized,” he says. Inclusive zoning that allows for supportive housing and mixed-use housing would go a long way to combating this.

Advocates say this can only be done with government investments in affordable and community housing. After World War II, the federal government began to invest in community housing, beginning with veterans and eventually expanding to other groups, including seniors, low-income families, and recent immigrants and refugees. . Then, in January 1994, the federal government canceled any further long-term investment in social housing. By the time it began reinvesting in community housing in 2016, the country’s community housing stock was aging and in catastrophic disrepair – the Toronto Community Housing Corporation was losing an average of one unit a day because it was uninhabitable. – and the need for affordable housing was astronomical.

“You can’t privatize a human right…if we hope to meet people’s needs,” insists Kaite Burkholder Harris, executive director of the Alliance to End Homelessness in Ottawa. Burkholder Harris says we need to normalize the fact that a third of housing across the country is nonprofit, as large units designed for families become less lucrative for private owners and ultimately lead to “renovations.”

Burkholder Harris sheds light on the situation in Ottawa’s Heron Gate neighborhood, where more than 400 people are being evicted in what she calls the largest mass eviction in North America. “It should be embarrassing that we allowed this to happen,” she says. “Mass eviction in a predominantly racialized neighborhood is unacceptable.” The developer, Timbercreek, told The Globe in 2018 that the reason the relocation came ahead of schedule is that 25% of the 150 homes were deemed unsuitable for habitation. But, says Burkholder Harris, the Heron Gate evictions are just the latest in a decade of mass evictions of black and other racialized people, including Africville in Halifax, Lebreton Flatts and Manor Village in Ottawa, and Little -Burgundy in Montreal.

“The only way for cities to be inclusive is to have mixed tenure and income in all communities. We cannot continue to build these communities where we have pockets of deep poverty and pockets of extreme wealth,” says Christina Maes Nino, executive director of the Manitoba Non-Profit Housing Association. Maes Nino finds the government’s perspective on community housing problematic because of what she says is the misguided notion that nonprofit and community housing can be self-sufficient. This is reflected in the way governments finance community housing through equity investments or loans rather than through income support and housing subsidies.

Advocates describe community housing as a positive solution to the social and economic needs of tenants, as many community housing providers partner with organizations to provide tenant support, including mental health professionals, cultural support for Aboriginal people, programs for seniors to keep them active, and counseling for women and children fleeing domestic violence. Providing these additional supports creates an environment where tenants feel safe, supported and better connected to their communities.

“We have to think of housing that shows we love people,” Allen says.

Released a year after the murder of George Floyd and the ensuing global toll on anti-black racism, the time for change special report aims to amplify the voice of black leaders, while highlighting the work that remains to be done to address systemic inequalities in infrastructure, employment and other facets of daily life.