A hope for climate-focused urban planning in Assam cities 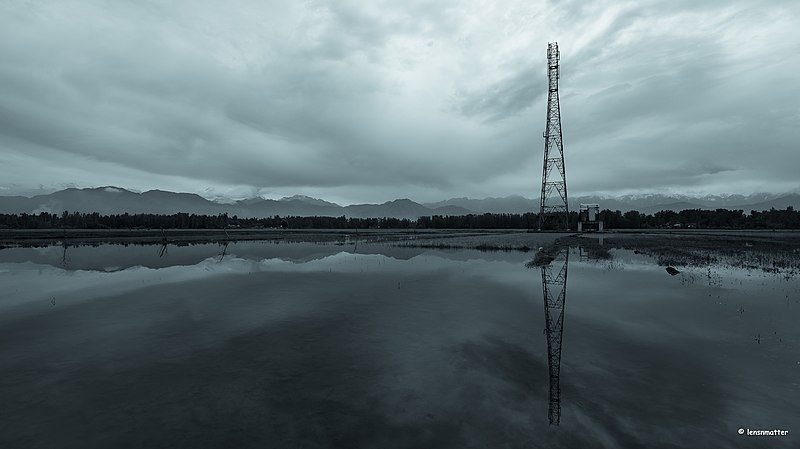 “I was waist deep in water,” recalls Tarun Rajkhowa, a 70-year-old resident of Guwahati city’s Rukminigaon district. In mid-June this year, when incessant rain flooded parts of the city, Rajkhowa and his wife were stuck in their first-floor apartment for almost a week. “It was impossible for us to go out. The relief material was delivered to us by boat. The vehicles parked on the ground floor of our building were completely under water,” Rajkhowa said. Just weeks after a severe wave of flooding in May, heavy rains left the town of Silchar in southern Assam inundated for days for the second time.

Rain-triggered floods have caused widespread havoc in rural Assam in recent years. However, this year, crucial urban areas such as Silchar and Guwahati were considered the most affected. As large numbers of people migrate to cities, experts say there is a lack of urban planning and resources to support burgeoning populations, making these cities vulnerable to climate impacts, natural disasters , floods and landslides. A government study of 12 states in India’s Himalayan Region (IHR) and their vulnerability to climate change found Assam to be among the most vulnerable states.

The challenges of urban planning

Dulumoni Kakati, Councilor of Guwahati Municipal Corporation (GMC), confirmed that increased construction, urbanization and inadequate waste disposal systems are some of the reasons why many areas in Guwahati are experiencing floods. Calling for better drainage systems, she explained that when rainfall is low, flooding is usually not a risk. But intense rains, as seen in June, overwhelm the city’s drainage.

Abhijit Sharma, president of the northeast branch of Institute of Town Planners, said: ‘We have no local planning – no parks, no open spaces, no drainage systems. The municipal corporation is a people-oriented institution, but somehow it is not given enough importance.

He also says there is not enough land in the cities to meet the needs of those who migrate from smaller areas in search of livelihood opportunities, especially those who are economically and socially marginalized. “A lot of these people have settled in the hills and this has led to earth cuts, which later clog the sewers in the cities. An urban plan would help these people. We tell them not to go to the hills but where will they stay Most people who migrate are poor.

A lack of clean pipes and a persistent misunderstanding of citizens, he added, are manifestations of larger problems.

Parthankar Choudhury, a professor of environmental science at the University of Assam in Silchar, points out that while people living in one-story houses have suffered greatly, marginalized communities are going through tougher times.

Experts say that the rapid concreting of surfaces and the growth of infrastructure hinder the absorption of rainwater into the ground. “Due to the increase in infrastructure, rainwater accumulates very early in cities,” said Ratnakar Mahajan, technical director at Maccaferri India, which focuses on advanced solutions for mining engineering projects. and environmental.

Read more: More research on the relationship between flash floods and climate change is needed

The National Institute of Urban Affairs (NIUA) in New Delhi also emphasizes facilitating groundwater recharge to store excess flood waters. “We are emphasizing the proper management of ponds, lakes and other water bodies that will serve as retention basins during floods,” said Hitesh Vaidya, Director of NIUA.

Mahajan thinks that drainage systems are not developed while cities are growing rapidly. Drainage patterns should be modified according to the natural flow of water. “The drains need to be resized – they should be bigger. The precipitation regime changes, so drainage systems must be studied and properly planned.

The role of government

Rizwan Uz Zaman, Technical Consultant at Assam Climate Change Management Society (ACCMS), discussed several initiatives recently undertaken by the government, including the State 2.0 Action Plan which was endorsed by the Assam Cabinet and is awaiting approval from New Delhi. “The water resources department came up with many measures, and the housing and urban affairs departments also came up with new initiatives. Innovative climate resilient actions have been suggested for flood management in cities. The document is not yet public and we will only be able to share it once it has received approval from New Delhi. We consult civil society and experts in the field.

According to Zaman, the Assam State Action Plan on Climate Change 2.0 mainly focuses on mainstreaming climate action into urban governance and policy, construction of urban housing and climate-resilient waste management, a low-carbon road network and mobility, and ensuring holistic pollution/emissions management. in the towns. “Those are the five big strategies we are working on. The forest department has also taken the initiative to rehabilitate and resettle forest dwellers from various places.

NIA Director Vaidya said cities in the northeast are no different from others in India when it comes to typical shortcomings in urban planning. Among those shortcomings, he noted, was the reluctance to adopt a systematic approach. This can be attributed to a lack of coordination and interaction with communities and the general public. “In most cases, public opinion is only sought after the plans are prepared,” Vaidya said. He also highlighted the need for more urban practitioners and public officials to develop ways to take an approach that takes climate resilience into account. “We need to move from a relief-centric approach to a proactive response-centric approach to dealing with extreme and more frequent disasters by building climate-resilient infrastructure.”

Experts also suggested that the municipal corporation and district administration conduct a carrying capacity survey in towns and villages in Assam, which can give an idea of ​​the population a town can support with its resources.

Mongabay-India has contacted the GMC commissioner for an interview but has not received a response as of press time.