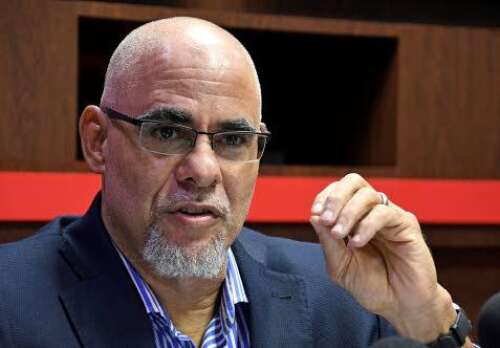 Among vitriol about the failure so far to reach a national consensus on crime, we believe that insufficient attention has been given to an exemplary initiative launched by the Private Sector Organization of Jamaica (PSOJ).

We’re referring to the five-year, $2 billion Social Transformation and Renewal (STAR) project that we’re told will target about 20 struggling communities starting this month. Eight of the 20 are in West Jamaica, which has seen a frightening increase in violent crime in recent years, alongside robust economic activity linked to tourism.

“It was the start of an experiment that worked well…” Mr. Keith Duncan, president of the PSOJ, told reporters in Salt Spring last week on Wednesday.

And for those of us who have our doubts about such plans, consider Salt Spring Elementary School Principal Mrs Norma Brydson’s post about a breakfast program run by the St James Police, led by Chief Superintendent Vernon Ellis.

“Before the breakfast program, attendance was low and punctuality was an issue. We had…kids not coming because of lunch money, [but] then attendance improved; and I attribute this mainly to the JCF breakfast program [Jamaica Constabulary Force],” she says.

Let us not ignore the testimony of Mr. Ellis: “What we saw on this show was that the police and the citizens were able to see a human side of each other. We were better able to communicate with each other, so it felt like a re-socialization between citizens and police. We can’t stop to get out of trouble…sometimes it takes a multi-agency approach…”

We welcome PSOJ’s plans to include job creation; formalization of small community enterprises; and to work with public sector social practitioners and non-governmental organizations to build self-esteem and community empowerment. Vocational training and related initiatives such as homework centers will apparently be part of the project.

This journal embraces Mr. Duncan’s call for a comprehensive approach to social transformation. We agree that “Jamaicans are ready for a reset”. We have been advocating for years for a national effort in this direction.

Of course, even with full cooperation, the realization of the project will be extremely difficult.

Whatever happens, community leaders must be kept informed at all times and bureaucracy must not be allowed to stifle — which has happened to many well-meaning projects.

Let us also recognize that projects such as these will not, on their own, bring crime and related issues under the “manners”. Our political leaders need to agree on how to deal with crime, instead of just arguing about it.

We agree with Mr Duncan on his recent radio call urging Prime Minister Andrew Holness to hold formal talks with the Opposition aimed at reaching a bipartisan deal on crime.

We hear from the broad-based Crime Oversight and Oversight Committee that stakeholders are expected to sign off on an updated document by the end of October. Next must be the implementation. Jamaicans quickly run out of patience.