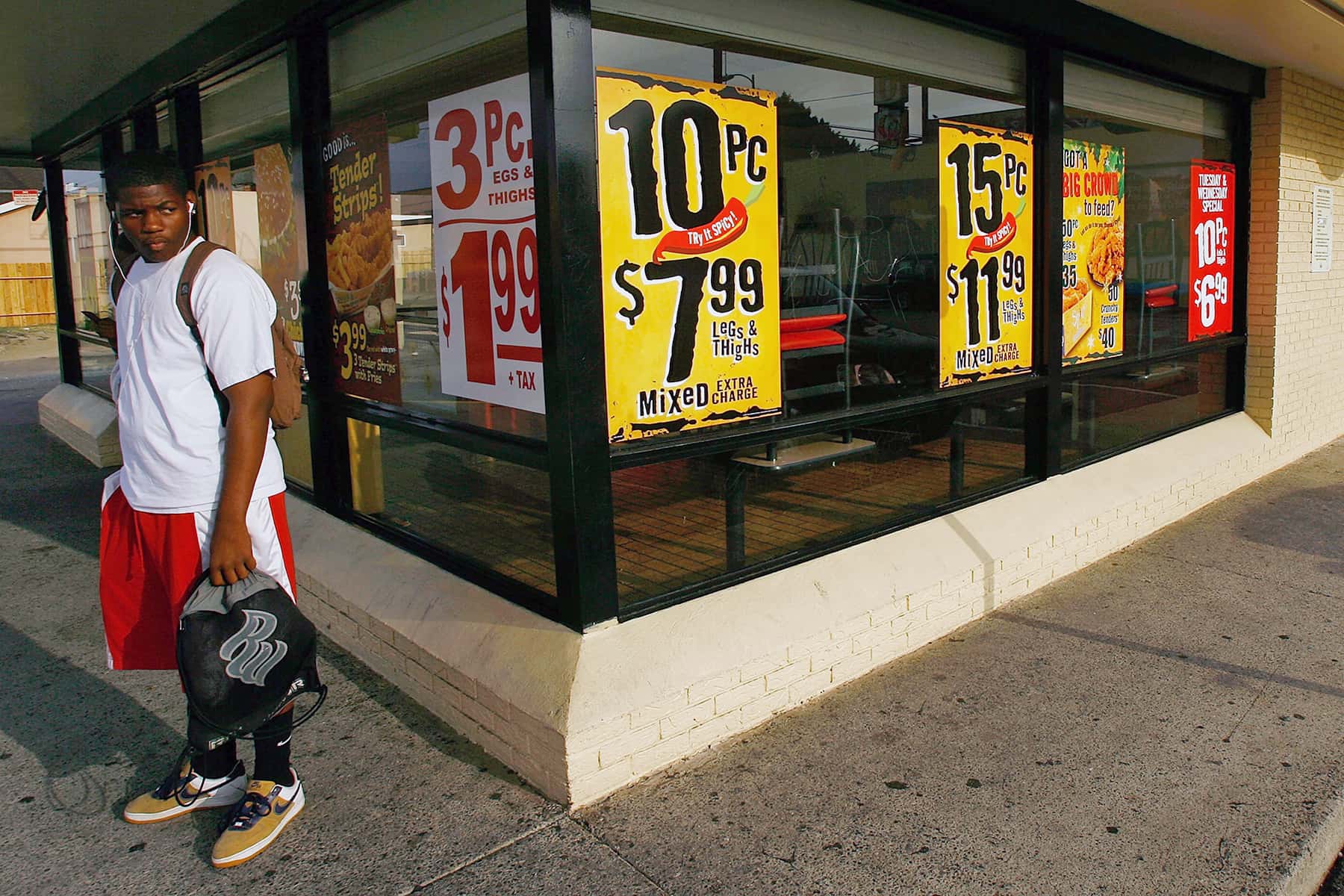 Hunger is not evenly distributed in the United States, nor in its cities. Even in the wealthiest parts of urban America, there are pockets of deep food insecurity, and more often than not, black and Latino communities are the hardest hit.

As an urban planning scholar who teaches a course on food justice, I realize that much of this disparity is through design. For more than a century, city planning has been used as a toolkit to maintain the white supremacy that has divided American cities along racial lines. And this has contributed to the development of so-called “food deserts” – areas of limited access to reasonably priced, healthy and culturally relevant food – and “food swamps” – places with a preponderance of shops selling “fast” and “junk food”. food.

Both terms are controversial and have been challenged on the grounds that they ignore both the historical roots and the deeply racialized nature of access to food, whereby white communities are more likely to have sufficient food availability. healthy at a reasonable price.

Instead, food justice scholar Ashante M. Reese suggests the term “food apartheid.” According to Reese, food apartheid is “intimately tied to policies and practices, current and historical, that come from a place of anti-Blackness”.

Whatever their name, these areas of inequitable food access and limited options do exist. The US Department of Agriculture estimates that 54.4 million Americans live in low-income areas with limited access to healthy food. For city dwellers, that means they’re more than half a mile from the nearest supermarket.

The development of these areas of limited healthy food options has a long history linked to urban planning and housing policies. Practices such as redlining and yellowlining — in which the private sector and government conspired to restrict mortgage lending to blacks and other minority homebuyers — and racial covenants that limited the rental and sale of properties to whites only meant that areas of poverty were concentrated along racial lines.

In addition, homeowners associations that denied access to black people in particular and federal housing subsidies that largely went to white and wealthier Americans made it harder for people living in low-income areas to move or to accumulate wealth. It also leads to urban scourge.

This is important when it comes to accessing food, as retailers are less willing to travel to poorer areas. A process of “supermarket redlining” has seen major grocery stores refuse to move into low-income areas, close existing outlets or relocate to wealthier suburbs. The idea behind this process is that as the pockets of a city become poorer, they are less profitable and more prone to crime.

There is also, according to the researchers, a cultural bias among large retailers against locating outlets in minority-populated areas. Explaining why supermarkets shunned the New York borough of Queens in the 1990s, the city’s consumer commissioner, Mark Green, explained it this way: “First, they may fear they don’t understand the minority market . But second, there is their instinctive premise that black people are poor and the poor are a poor market.

In the absence of large grocery stores, less healthy food options – often at a higher price – have taken over in low-income areas. Research in 2008 of food suppliers in New Haven, Connecticut found “significantly lower average product quality” in low-income neighborhoods. Meanwhile, a 2001 New Orleans study found that fast food density was higher in poorer areas, and predominantly black neighborhoods had 2.5 fast food outlets for every square mile. , against 1.5 in the white areas.

Geographer Nathan McClintock conducted a detailed study in 2009 of the causes of Oakland’s food deserts. Although limited to a single Californian city, I believe what he found holds true for most American cities.

McClintock details how the development of racially segregated areas in the interwar period and subsequent redlining policies led to concentrated areas of poverty in Oakland. Meanwhile, decisions made in the late 1950s by the then all-white Oakland City Council to build major freeways through the city effectively isolated mostly Black West Oakland from downtown Oakland.

The net effect was an outflow of capital and a flight of whites to wealthy Oakland Hills neighborhoods. Black and Latino neighborhoods have been drained of their wealth. This, combined with the advent of drive-in suburban Oakland supermarkets in the 1980s and 1990s, led to a shortage of fresh food outlets in predominantly black districts such as West Oakland and Central East Oakland. . What was left, McClintock concludes, is a “rough mosaic of parks and pollution, privilege and poverty, whole foods and whole food deserts.”

Urban planning as a solution

Dietary disparities in American cities have a cumulative effect on people’s health. Research has linked them to disproportionately poor nutrition among blacks and Latinos, even after adjusting for socioeconomic status. As much as urban planning was part of the problem, it could now be part of the solution. Some cities have started using planning tools to increase food equity.

Minneapolis, for example, has as part of its 2040 plan a goal “to establish an equitable distribution of food sources and food markets in order to provide all Minneapolis residents with reliable access to healthy, affordable, safe and culturally appropriate”. To achieve this, the city is reviewing city plans, including exploring and implementing regulatory changes to allow and promote mobile food markets and mobile pantries.

My hometown of Boston is engaged in a similar process. In 2010, the city began the process of establishing an urban agriculture overlay district in the predominantly black and Latino neighborhood of Dorchester, rezoning to allow commercial urban agriculture. This change provided jobs for locals and food for local co-operatives, such as the Dorchester Food Coop, as well as restaurants in the area.

And that might just be the start. My students and I contributed to Boston mayoral candidate Michelle Wu’s food justice program. It includes provisions such as a formal process in which private developers should work with the community to ensure that it there is room for various food retailers and commercial kitchens, and licensing restrictions to discourage the proliferation of fast food outlets in poorer neighborhoods. If Wu is elected and the plan is implemented, it would, I believe, provide more equitable access to nutritious and culturally appropriate food, good jobs, and economically vibrant neighborhoods.