Fundamental duties not only pedantic or technical, keys to social transformation — NV Ramana 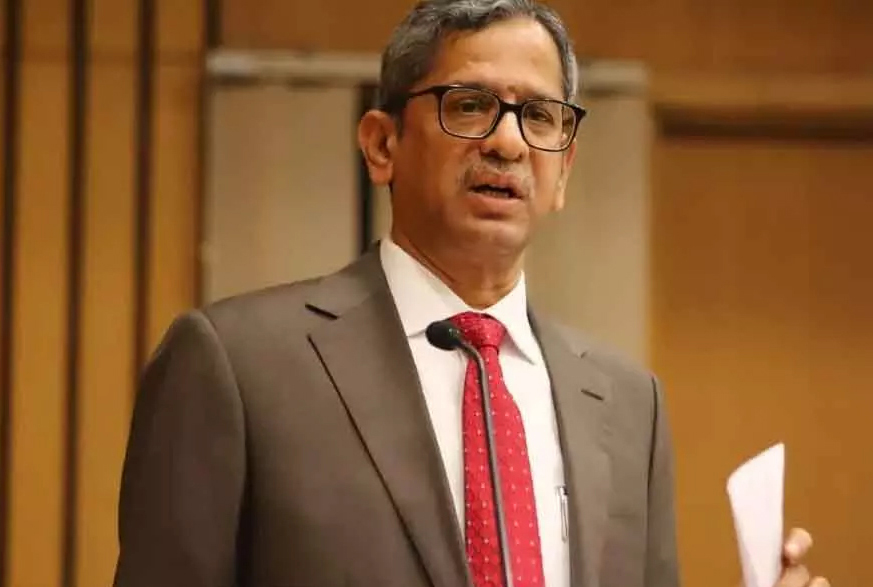 New Delhi, August 15 (IANS): Chief Justice of India NV Ramana said on Monday that fundamental duties are not merely pedantic or technical, but have been incorporated as the key to social transformation, as the framers of the Constitution envisioned a nation , where citizens are aware, alert and able to make the right decisions.

The Chief Justice was speaking at the 76th Independence Anniversary of India organized by the Supreme Court Bar Association (SCBA). The event was also attended by Solicitor General Tushar Mehta, SCBA President Vikas Singh, Supreme Court Justices and members of the Bar.

The Chief Justice said, “Our Constitution is the fundamental document that governs the relationship between citizens and government. If it has conferred on us inalienable rights, it imposes certain fundamental duties on us. Fundamental duties are not merely pedantic or technical. They were incorporated as the key to social transformation. Our creators envisioned a nation, where citizens are aware, alert and able to make the right decisions.

He stressed that to contribute meaningfully to society, citizens must first understand the Constitution and its organs. “It is imperative that people understand the system and its nuances, powers and limitations. That is why I am very keen on spreading constitutional culture in India,” he said.

He said the struggle for independence was not simply to free oneself from colonial power. “It was for everyone’s dignity. It was to lay the foundations of democracy. This foundation was laid during years of detailed deliberations in the Constituent Assembly, which produced the most progressive and scientific document, namely the Constitution of India,” said Justice Ramana.

He said that within the constitutional framework, each organ has been given a unique obligation and that the notion that justice is only the responsibility of the court is dispelled by Article 38 of the Indian Constitution which obliges the State to guarantee justice: social, economic and political. “Every act of every organ of the state must be in accordance with the spirit of the Constitution. I must note that the three organs of the state, namely the executive, the legislature and the judiciary, are equal repositories of constitutional trust,” the Chief Justice said.

He said that the Indian judiciary, since its inception, has endeavored to meet constitutional aspirations and through an exercise in interpretation has also strengthened various independent institutions, be it the Electoral Commission, the CVC, the AGC, etc. “By interpreting the statutes, the courts have given effect to the true intention of the legislator. The courts have breathed life into the Statutes, making them relevant for contemporary times,” said Justice Ramana.

He further added that the country’s judicial system is unique not only because of its commitment to the written Constitution and its spirit, but also because of the immense trust that the people place in the system. He added that people are confident that they will get redress and justice from the judiciary and that gives them strength to pursue a dispute, and they know that when things go wrong, the judiciary will support them.

Justice Ramana said it was my personal effort to advocate for the Indianization of the justice system and that the system would truly belong to the people, “when we honor and cherish our diversity”. He said, “Although the mandate of constitutional courts is to uphold human rights and fundamental freedoms, lawyers play a key role in guiding the courts in the right direction.”

Justice Ramana said he urges every citizen to be a meaningful player in our democracy. “We must all try to imbibe the constitutional philosophy in its true spirit. Today, as I see the Habs floating above us, I can’t help but be proud and remember Keertiseshulu Sri Pingali Venkayya Garu who hailed from Telugu land. It was he who designed the pride and identity of independent India, our national flag,” he said.