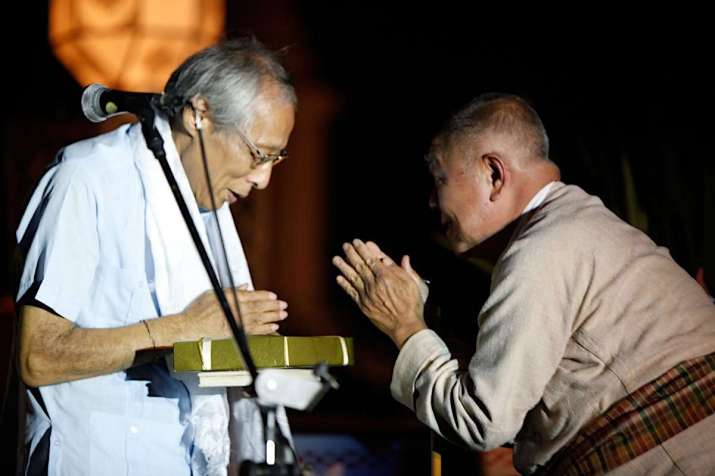 A live-streamed international conference on Socially Engaged Buddhism will be held on December 17, titled “Japanese Engaged Buddhism: From Caring for the Individual to Transforming Society.” Drawing on Japan’s long history of active involvement of Buddhist priests and lay practitioners in a wide variety of social issues, the one-day event will examine various dimensions and manifestations of contemporary engaged Buddhism in Japan, with lectures by prominent Japanese practitioners and with guest appearances. prominent committed Buddhists from elsewhere in Asia.

“Over the past 15 years, with the emergence of a variety of social problems, especially caused by deteriorating economic conditions, Japanese Buddhists have developed a wide variety of new socially engaged Buddhist activities, such as rescue and care for victims of natural disasters, support for those who suffer from social discrimination and poverty, psycho-spiritual care for the depressed and suicidal, and engagement in nuclear and environmental issues,” said the organizers of the conference “These activities are increasingly linked to the work of like-minded socially engaged Buddhists in Asia and other parts of the world. This one-day conference will be the first attempt to bring together and present this variety of new socially engaged Buddhist activities in Japan.

“This event was originally planned as an extensive five-day international conference, as part of the INEB’s annual board meeting, and was to include study tours and a large public symposium in Kyoto. . Unfortunately, because of COVID-19, everything has been canceled,” said Jonathan S. Watts, researcher at the Kodosan International Buddhist Exchange Center (Yokohama), JNEB coordinator and INEB board member. .

Given the pandemic, speakers and conference attendees have been limited to those already in attendance in the Kansai region of Japan. Domestic and international Zoom links will be available for other participants in Japan and around the world, with simultaneous translation of the proceedings into English.

“From a long-term perspective, we wanted to organize a sort of engaged national Buddhist conference in Japan, which had never been done before,” Watts told Buddhistdoor Global. “The growth of socially engaged Buddhist activities in Japan has been marked over the past 15 years and JNEB is assembling a fairly large but still very informal network of these committed Buddhists.”

The conference will be opened by keynote speakers, INEB Board Member Prof. Mitsuya Dake of the Center for Research on Global Buddhist Cultures, Ryukoku University, and Prof. Sulak Sivaraksa, Founder of the International Network of committed Buddhists.

The morning session will examine topics under the theme “Buddhist Activities for Coping with Individual Suffering,” including suicide prevention; elderly and end-of-life care; counseling for victims of natural disasters; and Buddhism and human resource development; and will be followed by a round table on confronting individual suffering.

The afternoon session of the conference, under the theme “Buddhist Activities to Address Social and Structural Suffering,” will focus on gender, LGBTQ and discrimination; poverty and urban alienation; reviving communities through alternative lifestyles based on Buddhism; and clean energy and new financing mechanisms for regional development. The session will end with a panel discussion entitled “Buddhist Vision for the Future of Japan”.

“This Zoom conference is not only a way to compensate for the cancellation of the INEB board meeting, but also to initiate a process in Japan to build solidarity among committed Japanese Buddhists and develop a best overall move,” Watts explained. “We hope that when this pandemic passes, we can have a larger and more representative conference than just the Zoom meeting we have scheduled here for December 17.”

Based in Bangkok, INEB was established in 1989 by prominent Thai scholar, activist and social critic Sulak Sivaraksa and a group of Buddhist and non-Buddhist social thinkers and activists. The organization’s goal is to connect committed Buddhists around the world, promote understanding, cooperation, and networking among inter-Buddhist and interfaith groups, and actively address pressing global issues such as human rights. human rights, conflict resolution and environmental concerns. .See more

Japanese Engaged Buddhism: From Caring for the Individual to Transforming Society (JNEB)