Jacqueline K. McQueen
Urban planning
Comments Off on Is this the most graceful urban history lesson of all time?

Is this the most graceful urban history lesson of all time? 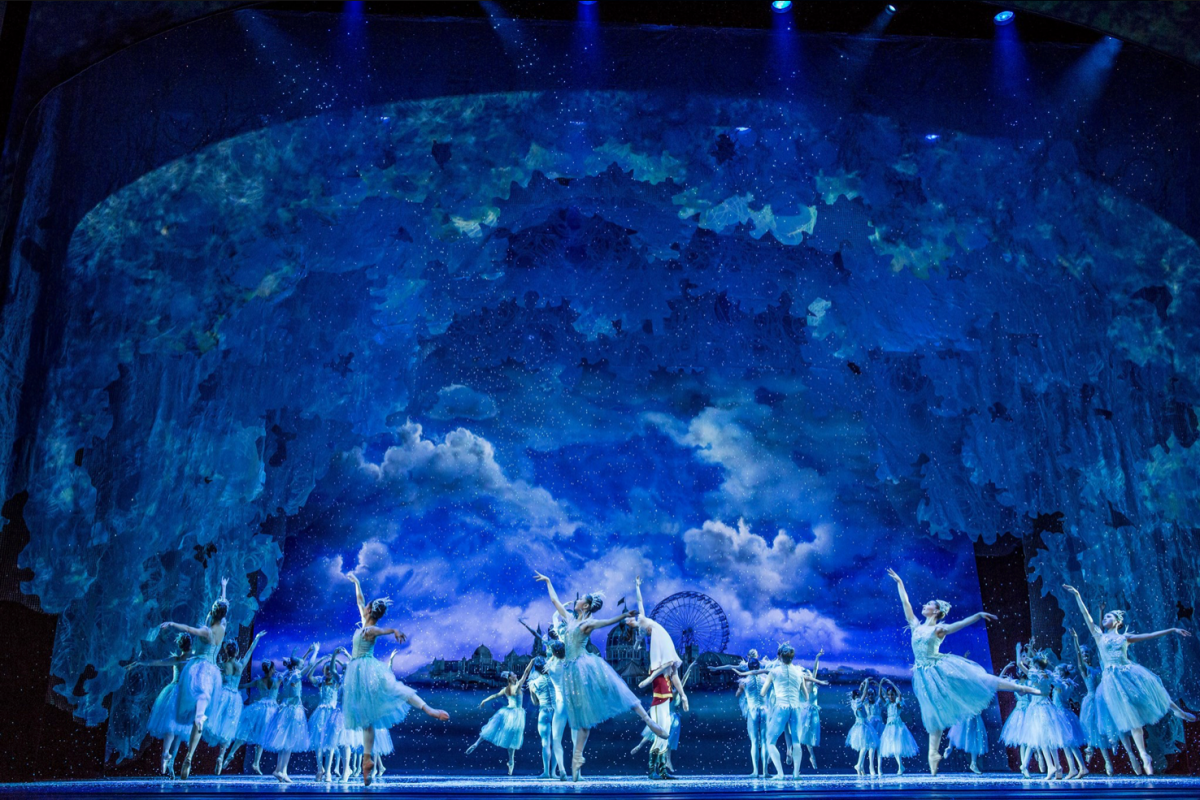 Chicago’s Joffrey Ballet has reworked a winter classic, drawing ties to a famous episode from Chicago’s past that continues to shape its present.

“Nutcracker” is a winter classic that has helped define the Christmas season for generations. The ballet, set in a little girl’s Christmas dreams, has been a staple of American dance ever since George Balanchine, the most renowned choreographer of the 20th century, staged his own television version in the 1950s.

In Chicago, the Joffrey Ballet wants to prove that ingenuity can improve tradition with a ballet that evokes a landmark event in the history of urban planning.

This month, the Joffrey Ballet of Chicago will present its third consecutive annual version of “The Nutcracker”, this time setting the story inside the Columbian Exposition of 1893, also known as the World’s Fair. . The curtain will rise at Chicago’s Auditorium Theater on a set depicting an exhibition building site in December 1892. The show then depicts immigrant construction workers at a modest Christmas party – far from the traditional setting of a home opulent upper class. It revises the protagonist Marie (sometimes referred to as Clara) from a wealthy girl dreaming of exotic sweets to an impoverished single mother’s child dreaming of a visit to the upcoming exposition’s multicultural exhibits.

Part of the idea is to capture the childlike wonder that the actual exhibit evoked. “The World’s Fair was a truly magical turning point for this city,” explained Ashley Wheater, Artistic Director of Joffrey Ballet, in the 2017 documentary, “Make a New American Nutcracker.”

“It was kind of a dream location,” Wheater added.

The adaptations establish more connections with the surrounding town, particularly this one: Drosselmeyer, the central magician of the traditional first act, is reworked as “Grand Impresario”, a new character based on real-life architect and city planner Daniel Burnham.

Among the most prominent architects of the 19th century, Burnham played a leading role in the 1893 Columbian Exposition. The event was largely intended as a statement of Chicago’s regeneration after the devastating fire of 1871. Burnham hired five architects from the East Coast and five from “the West” (as the Midwest was then known) to construct nearly 100 temporary buildings on 600 acres on Chicago’s South Side.

The architecture was not a critical success, but the event itself induced massive change in Chicago. The grand buildings now occupied by the Art Institute of Chicago and the Museum of Science and Industry were both originally built for the fair. It also resulted in the expansion of Chicago’s L train with stations still standing today. According to Chicago Architectural Foundation tour director Kathleen Carpenter, who presents tours and events at the fair, “Chicago’s awareness has been raised tremendously,” and media attention around the world has raised the perception of Chicago from “a stockyard” to “a city to contend with”. ”

More importantly, it served as a sort of three-dimensional blueprint for what Burnham would do next. “The planning lessons Burnham and others learned from the Columbian Exposition had a direct impact on the planning he was called upon to do by the Commercial Club of Chicago for the 1909 plan of Chicago,” said said Paulina Saliga, Executive Director of the Society. for Architectural Historians, a Chicago-based nonprofit organization.

The 1909 Chicago plan presented a new design for the entire city, encompassing everything from the location of public parks to streets laid out in systematic grids to the unusual design of Wacker Drive, a multi-storey downtown street. levels which has since garnered accolades like “whispered wonder.” Endowed with a permanent commission in 1909, the Chicago Plan guided the development of the city until the Great Depression. Not everything was realized (Saliga notes that City Hall never moved to Burnham’s designated location), but the plan succeeded in revamping much of Chicago, solidifying the “City Beautiful” movementand prompted several other towns to seek out Burnham’s planning skills.

Despite some of the shortcomings of the City Beautiful movement (Jane Jacobs framed her criticisms in the first chapter of “The Death and Life of America’s Great Cities”), the 1909 plan remains a touchstone for development decisions today. in Chicago. Burnham’s plea to keep the lakefront clear for public recreation was historic precedent underlying the controversial lawsuit which completed George Lucas quest build a lakeside museum in 2016. The new city-wide parks plan announced this year by Mayor Rahm Emmanuel is titled “Building on Burham.”

Saliga, a former curator at the Art Institute of Chicago, the museum where many of the Plan of Chicago drawings are now held, describes the Plan as “a kind of living document to improve the lives of the people of Chicago.”

This would have been impossible without the living proof of concept provided by the show. “[Burnham and his colleagues] took the planning principles they learned from the experience that was the Colombian Expo and they applied them to city planning and city improvement,” says Saliga.

something as important as the World’s Fair,” adds Carpenter.

Both women believe the plan was a big step up from Burnham’s everyday environment. “Going to the White City was almost like a dream,” says Saliga, referring to the 1893 World’s Fair grounds’ nickname for buildings designed by Burnham and his colleagues – just as “The Nutcracker” is supposed to be. a vision of a dream.

Mr. Sophia Newman is a freelance writer and editor with a strong background in global health and health research. She wrote Next City’s Health Horizons column from 2015-2016 and has reported from Bangladesh, India, Nepal, Kenya, Ghana, South Africa and the United States on a wide range of topics. See more at msophianewman.com.​

Follow Mr. Sophia .(JavaScript must be enabled to view this email address)