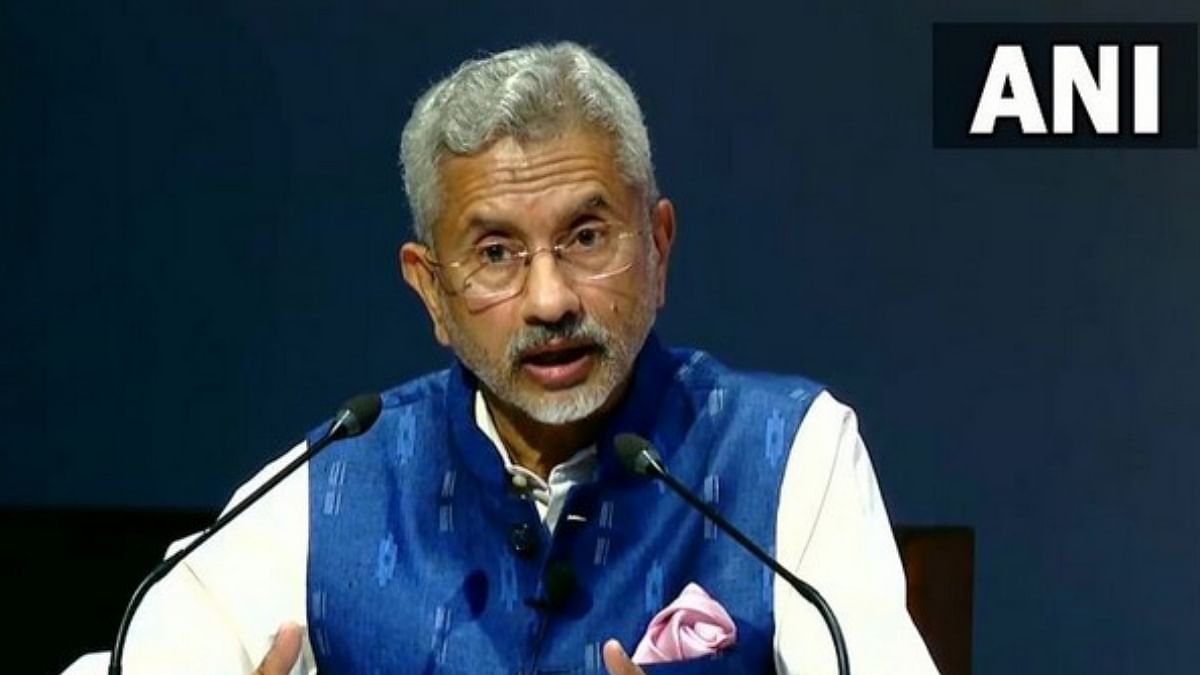 He also pointed out that the central government has distributed food to over 800 million people.

“India has seen a vast social transformation. We are now poised for a 7-8% economic recovery. The world looks at our economy with great respect… 800 million people from the lockdown until today are receiving food from the government so that we don’t have more people dying of hunger than of disease,” said EAM Jaishankar.

His remarks came during a speech at IIM Ahemdabad in Gujarat, where he addressed and interacted with students on various topics regarding the country’s position and Indian foreign policy.

“Swacch Bharat and the construction of toilets caught the attention of the world because before it was a stain on our image. The fact that we have built 100 million toilets with visible improvement in sanitation has actually had a big impact overseas,” he added.

He also emphasized the indigenous production of COVID vaccines and said, “The fact that we made our own vaccine really resonated and earned us respect around the world. Made in India is largely responsible for upgrading our brand.

Earlier, Jaishankar said on Monday that the state of the border will determine the state of relations between Beijing and New Delhi. Speaking at the launch of the Asia Society Policy Institute in the nation’s capital, EAM said much of Asia’s future hinged on how ties between the two countries develop in a foreseeable future.

“Much of Asia’s future depends on how the India-China relationship develops in the foreseeable future. For ties to resume a positive trajectory and remain enduring, they must be underpinned by the three mutual : mutual sensitivity, mutual respect and mutual interest. Their current status is, of course, well known to all of you. I can only repeat that the state of the border will determine the state of the relationship,” he said. declared.

India and China have been locked in a standoff at a number of sticking points in eastern Ladakh for more than two years. The situation escalated after violent clashes with Chinese troops in the Galwan Valley in June 2020. Since then, the two sides have engaged in several high-level military talks.

“Asia’s prospects and challenges today are highly dependent on developments in the Indo-Pacific. In fact, the concept itself is a reflection of a divided Asia, as some have a vested interest in keeping the region less cohesive and interactive. The fact that the global commons and the international community are better served by collaborative efforts like the Quad leaves them seemingly indifferent. Developing even a basic strategic consensus in Asia is therefore clearly a daunting task. As the international order evolves, this desire to selectively retain elements of the 1945 situation while transforming others – and we also see this at the UN – complicates global politics,” added Jaishankar during the event.

He also pointed out that narrow Asian chauvinism is actually against the continent’s own interests. “Precisely because Asia is so energetic and creative, it would like to benefit from the open doors of other regions. It obviously cannot be a one-way street,” he added.

Jaishankar also said that the “three shocks” of the COVID-19 pandemic, the conflict in Ukraine and weather disruptions are also impacting the development of the Asian economy.

“Together, they are making the case for more growth engines and resilient and trusted supply chains. There is a parallel debate going on in the digital world around trust and transparency. It is still too early to predict how these will translate into strategic outcomes,” he told the meeting.

Jashankar also highlighted the contribution that rising Asia can make to the world order. “As the most dynamic region beyond the West, its successes can inspire the rest of the Global South. Indeed, he is directing the process of global rebalancing through his efforts. For this to have the greatest impact, India takes a cooperative, inclusive and consultative approach to international relations. We believe that multipolarity, rebalancing, fairer globalization and reformed multilateralism are all fostered by Asia’s progress. So our diplomacy is shaped by that belief,” he said. (ANI)

This report is generated automatically from the ANI news service. ThePrint declines all responsibility for its content.