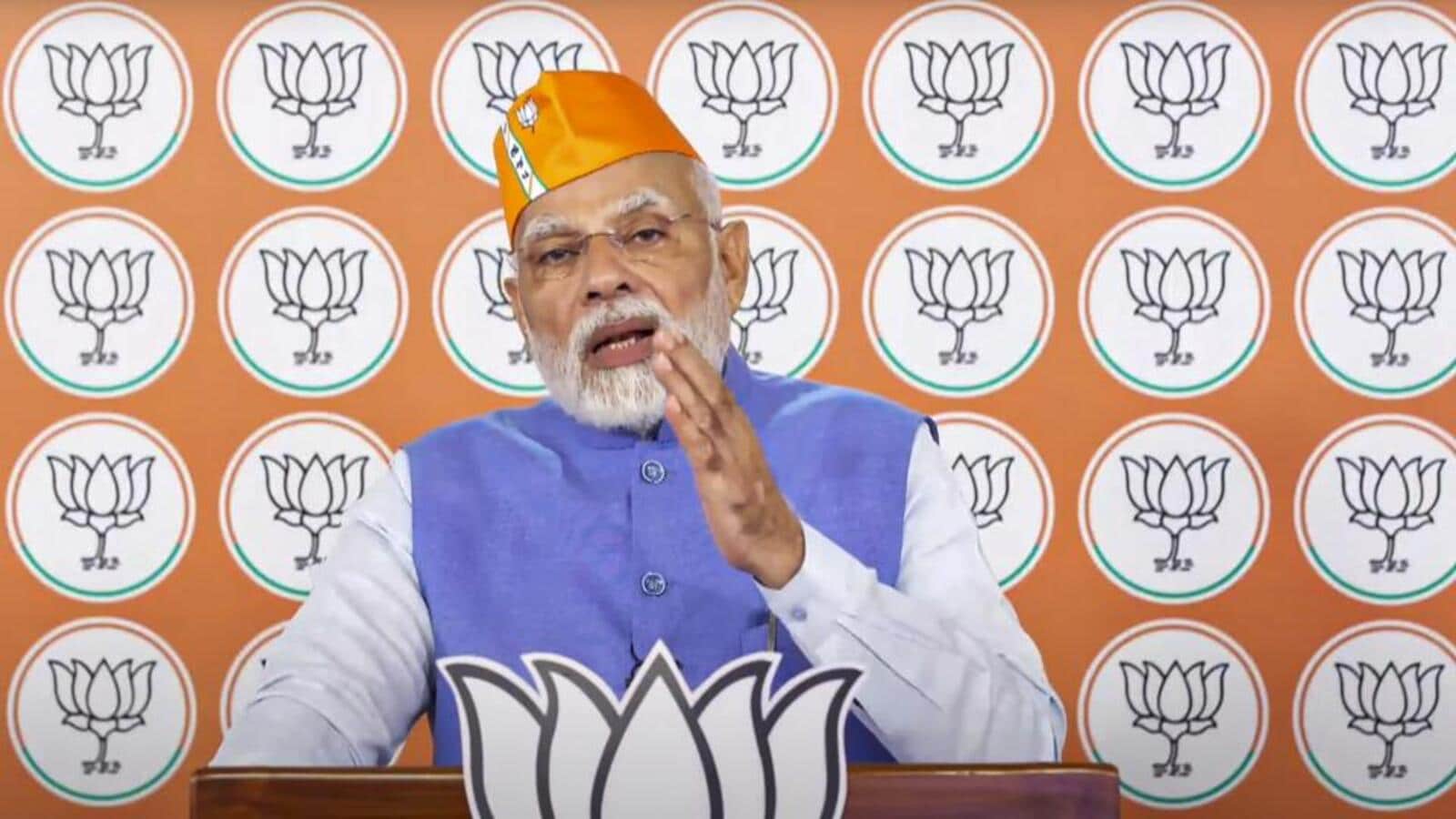 Prime Minister Narendra Modi on Tuesday called for the decentralization of urban planning saying it should be done at state level while stressing the need to focus on satellite towns to ease the pressure on big cities.

“Urbanization will occur and populations in cities will increase. Mayors must ensure that their cities have economic opportunities. The Union budget has focused on urban planning. It is important to ensure that planning is decentralized. Not everything can be done from Delhi,” he said in his virtual address to a gathering of Bharatiya Janata Party mayors and deputy mayors in Gandhinagar, Gujarat.

He called for the creation of economic opportunities in tier two and three cities to make them centers of economic activity to ease the pressure on big cities and for an urban development roadmap for the 25 coming years to set the tone for sustainable development.

He cited his experience in developing satellite towns when he was Chief Minister of Gujarat and said transport services were provided in the 40-50 km zone around Ahmedabad to develop smaller towns.

Modi spoke about the potential of small towns as economic hubs. “In addition to satellite cities, we need to focus on tier two and tier three cities, as they can also be centers of economic activity. Most start-ups are now created in tier two and tier three cities… This will ease the pressure on big cities and economic opportunities in these places will be created. We should also increase industrial clusters in these places and understand what opportunities there are to explore.

Modi called for standardization of urban planning and capacity building and an end to occasional and ad hoc planning. “If you plan well, you will get good results. We need to be transparent in decision-making and focus on how urban local bodies can become self-sufficient. »

Modi, who has lobbied for public participation in campaigns for cleanliness and resource conservation since becoming prime minister in 2014, asked mayors to focus on raising awareness of infrastructure spending. He said school students in particular should be made aware of public infrastructure spending to create a sense of responsibility.

Modi called for the need to draft policies for street vendors. “Small roadside vendors serve the city the most and drive the economy. Do we have a plan for them?

He asked mayors to encourage vendors to use PM SVANidhi, which seeks to facilitate unsecured working capital loans. Modi called for the need to change habits and bring about behavioral changes.

“…some people clean their houses and leave rubbish in front of other people’s houses; it must change. We must teach them to save electricity, water, pay taxes on time and undertake cleanliness campaigns. It will take a lot of hard work, but mayors can do it easily,” he said. He added that not everything requires money and most of the work can be done through public participation.

Modi asked mayors to focus on solid waste management and come up with science-based solutions to global warming. He called for competitions to be held to judge the beautification of cities and said there should be city museums documenting history.

“If we had been political about the Azadi Ka Amrit Mahotsav [celebrating 75 years of India’s independence] we would have created a pillar or a victory monument or a gate to commemorate Independence… But what we have done is create bodies of water because it will serve humanity. This is how we will commemorate our independence and also create things for the future.