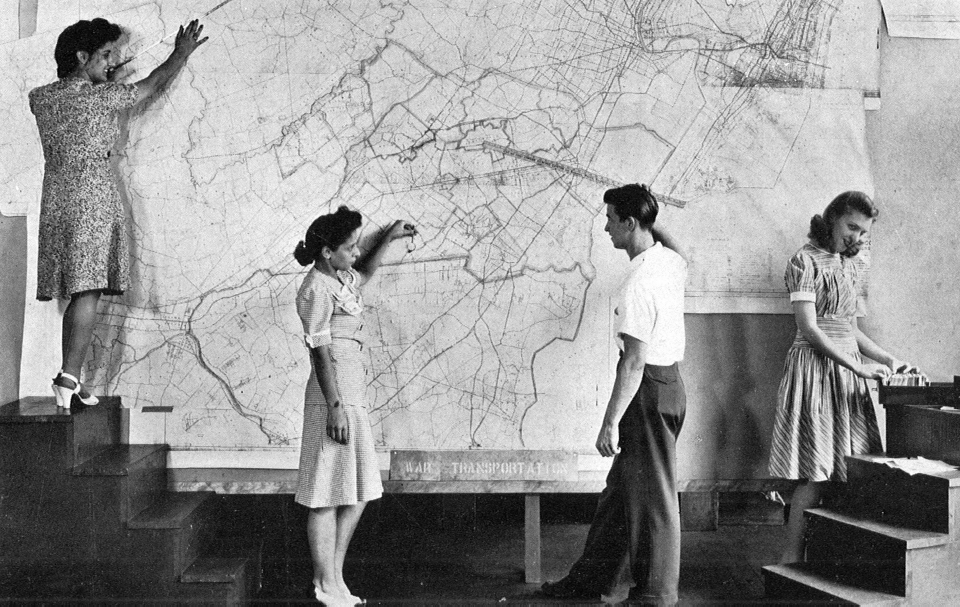 A new exhibit in Grand Central Terminal highlights the influence of a century-old nonprofit civic group that first proposed some of New York City’s biggest projects, including the Robert F. Kennedy Bridge, the Second Avenue Subway, a train yard on the West Side, the Moynihan Train Hall, and East Side Access.

The Regional Plan Association is celebrating its 100th anniversary with an exhibit in Grand Central’s Vanderbilt Hall.

It features original images from the RPA’s four major plans, which urban planners and politicians have used to guide the city’s development since the first one was released in 1929.

“It’s a private group, it can’t make anything happen, it can’t build anything itself,” James Sanders, the exhibit’s designer, said of the RPA. “But what it does do is create the blueprint so that when the time comes and the powers that be align – whether it was the Port Authority and Robert Moses and the New Deal in the 1930s, or Mayor [Michael] Bloomberg in the 2000s – there is a plan there with well thought out, well thought out, discussed and debated ideas that can be a starting point.

The exhibit features photos and drawings from the RPA’s archives. The displays also highlight the New York that could have been, such as the 1929 RPA plan that envisioned a multi-tiered highway and soaring skyscrapers in the Lower East Side with wide promenades for strolling. Another proposed a grand, eight-block waterfront complex on the East Side around East 82nd Street.

The group’s work was a major source of inspiration for other infrastructure that did come to pass, such as the Robert F. Kennedy Bridge, also known as the Triborough Bridge. Robert Moses, the immensely powerful and controversial urban planner, was inspired by the RPA’s vision.

“He didn’t conceive it, he didn’t design it, he basically built a scheme that was included in [the RPA’s] plan, and here it is in drawing form, the Triborough Bridge,” Sanders said.

While the exhibit is very much rooted in the past, Kate Slevin, the RPA’s executive vice president, hopes it will also inspire young people to consider how they can shape New York.

“We’re hoping this will excite people about urban planning, help young people understand the history of New York and how decisions about individual projects and individual policies can really shape what they see,” Slevin said. “And shape how the city grows and who it grows for.”

The Constant Future: A Century of the Regional Plan is on display until Oct. 24.