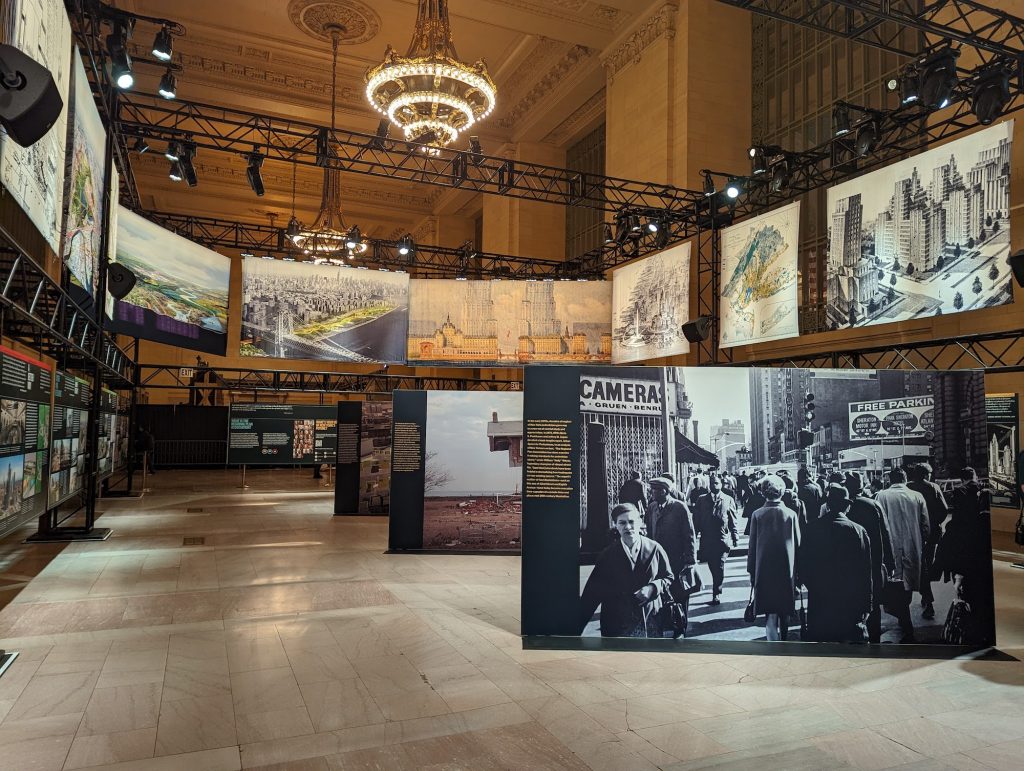 To celebrate its centennial, the civic group Regional Plan Association opened a free public exhibit in Vanderbilt Hall at Grand Central Terminal. Designed by James Sanders Studio and curated by RPA, The constant future: a century of regional plan explores 100 years of New York City development from 1922 to the present day. The two-storey exhibition will be on view until October 24.

Founded in 1922, the Regional Plan Association is a nonprofit group that develops ideas and recommendations to improve the quality of life in and around New York City.

The exhibit will include photo murals and a series of large billboards that feature text, images and archived video that tell a story of NYC throughout its history. All photos and information come from the extensive archives of the RPA.

The constant future covers events beginning with the rise of the automobile, social, economic and racial tensions of the 1960s, super hurricane Sandy and climate change, and the Covid-19 pandemic, according to a press release.

The Vanderbilt Hall exhibit will revolve around four historic regional plans from 1929, 1968, 1996 and 2017. Visitors will discover the “cultural products of their own time” and the “bold, imaginative and influential responses to life’s formidable challenges metropolitan”. This includes things like housing, public health, jobs and transportation. 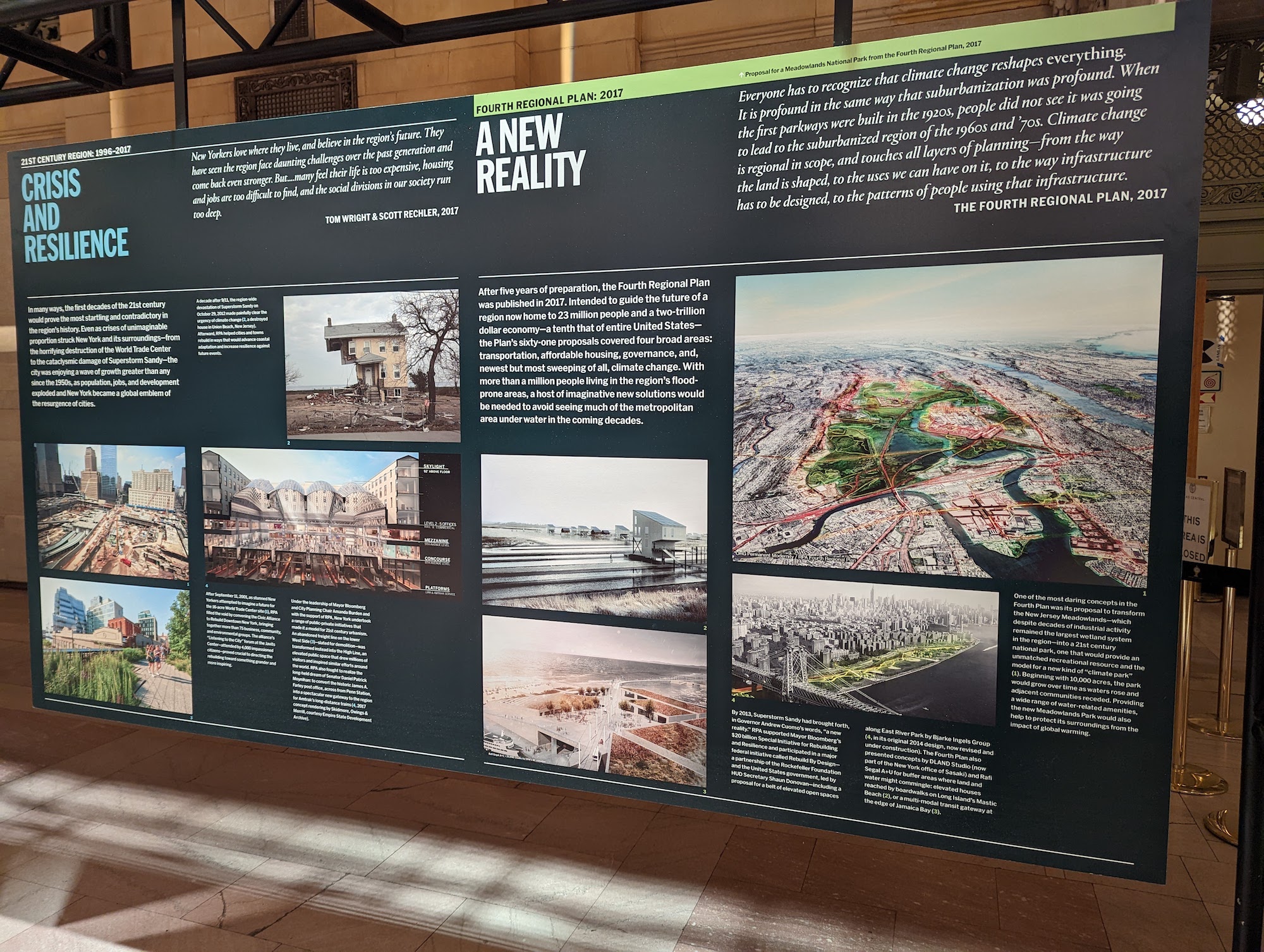 To conclude the exhibit, a QR display asks New Yorkers to imagine the future of New York and the region, as the region continues to recover from the pandemic. RPA will host a series of public broadcasts this month that will explore New York’s past, present and future.