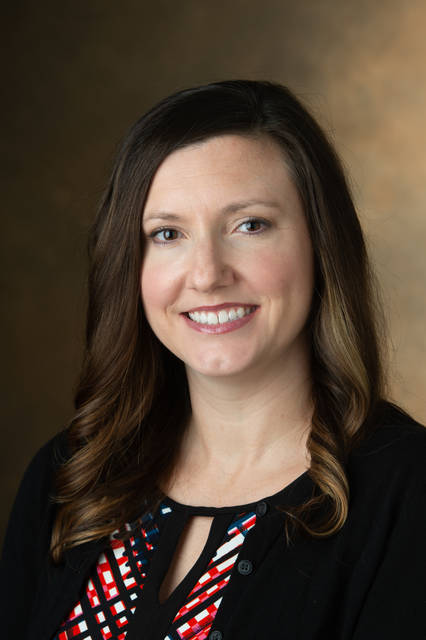 On this week’s episode of Segue, Southern Illinois University Edwardsville’s weekly radio show exploring the lives and work of people on campus and beyond, the Dean of the College of Arts and Sciences (CAS) , Kevin Leonard, PhD, interviews Ashton Speno, PhD, assistant professor in the Department of Mass Communications.

This episode of Segue airs at 9 a.m. on Sunday, May 2. Listeners can tune into WSIE 88.7 FM The Sound or siue.edu/wsie.

Recently, Speno received the 2021-22 Vaughnie Lindsay New Investigator Award, which recognizes faculty members whose research promises to make significant contributions to their fields of study, their respective school or department, and to SIUE in general. The award will support her project entitled “An Examination of the Intersection of Gender and Race in Tween Television Programming”.

“How did you become interested in communication and media studies? Leonardo asks.

“I was the undergrad who changed majors six or seven times,” says Speno. “I did the social science tour and ended up in a course on media in society, and I became fascinated with how people learn from media.

“My teacher explained how women are sexually objectified in the media, how this affects how we see ourselves as women and how others treat women. I love the abstract thinking associated with the major. We spend a third of our lives with screen media and rarely study it.

Now, Speno teaches a similar entry-level mass communication course at SIUE with the same enthusiasm she had as a student during her lectures.

“Was there a pivotal moment when you realized you wanted to dedicate your career to this field? Leonardo asks.

“I did two undergraduate internships, but they didn’t have the social science element I was looking for,” Speno replies. “Afterwards, I made an appointment with my adviser who asked me what I liked to do, money on the side. I told her that I liked our classes and learning, and she helped me apply for graduate school. I’m first and foremost a learner, and that’s what kept me coming back for more.

Because of her experience, Speno pushes her students to apply for internship opportunities to learn what they like and dislike about communications.

“A main vein that runs through my research concerns objectification theory, and I am also interested in sexism and gender representations,” Speno shares. “My experience growing up with dance helped me understand objectification. In shows like Dance Moms, young girls wear skimpy outfits at a young age. Jean Kilbourne calls it adultification, which is also something something that I have studied throughout my research.

Speno’s experiences with sexism also helped her understand gender and sexism through media. As a pregnant woman, she is currently interested in the impact of motherhood and postpartum celebrity culture on thoughts of self during pregnancy.

“Is there a set of questions that have guided your research throughout your career? Leonardo asks.

“My main question is what do young people learn from the media?” said Speno. “Another question that has persisted throughout my research is what are the effects of media sexual objectification on individuals? Finally, I ask what kinds of media production people create and why.”

“What conclusions have you drawn from your research? asks Leonardo.

“I’ve found that girls are underrepresented in tween TV shows and are generally portrayed as being more attractive and concerned about their appearance,” says Speno. “Girls learn early on that appearance is the most important thing and that it is appropriate and even desirable for others to comment on their appearance. I learned that sexual objectification of women and girls is widespread and has negative effects such as self-objectification and reduced cognitive abilities.