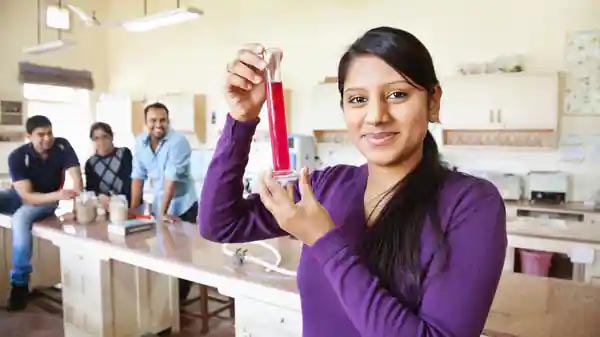 Proper education and edification can bring about changes in the concepts and behaviors of certain individuals, and such change in concept and conception can help initiate a desirable and effective society and nation. Educated minds help illuminate new paths and options for a better and bolder society. Moreover, education induces rational thinking, consistency, independence and self-determination in an individual’s personality. Education undoubtedly plays a central role in societal change, but to strengthen and secure our community, we must educate our women. Therefore, we must push our society to end the barriers faced by women, who struggle for their education and learning.

A society with better educated women prospers more than one with illiterate and less intellectual women. When 10% of girls go to school, the country’s GDP increases by an average of 3%, while keeping girls out of school costs a country millions. Educated women with a college education tend to get better paying jobs, have better job choices, more work privileges. Consequently, they reinvest more in their families and communities, which breaks the chain of poverty. while uneducated and illiterate women do not benefit from these beneficial factors and continue to face poverty and misery.

Every woman is much stronger and more capable than she thinks. A woman with power and education can not only thrive but can also conquer the world with her abilities. By supporting each other, we can help someone prosper. If Pakistan ends the gender gap in education and succeeds in achieving the goal of educating and empowering Pakistani women, then together as a nation we can exploit failures and weaknesses of our country, but we must also change ourselves first, by getting rid of rigorous mentalities and rituals and by promoting the education of women and giving every woman her right to an education

Education is empowering and also builds self-confidence in women. They have a better understanding of their rights, their roles and a healthy lifestyle. An educated woman finally knows how she can effectively use her freedom beneficially and constructively by reaching all her abilities. Education helps women discover some of their main qualities and skills. Educated women are more aware of the conditions and suffering around them and are more likely to step forward to improve and strengthen them.

Through education, women prefer to speak out on their own, can present strong evidence of the decisions they have made, and can oppose, resist, and speak out against domestic violence and sexual abuse, and are less likely to complain. be subjected to such violence. While uneducated women are more exposed to this violence and can barely speak out against abuse and are less aware of facing and responding to such violence.

Educated women typically marry four years later than their estimated age at marriage and have fewer children, somewhat reducing rapid population growth. These women are less likely to die in pregnancy, give birth to healthy children, and are more concerned about their family’s health, such as their nutrition and vaccinations, so their children are less likely to die of preventable diseases. or malnutrition.

The role of an educated woman as a mother is no greater than any other. An educated mother can edify the minds of future generations. They can provide more confidence and support to their children, making them more aware of the world and their surroundings. Educated mothers are more likely to promote their children’s education, can raise their children better, participate more in decision-making in their homes, and have better planning and understanding of future consequences. But when it comes to uneducated mothers, they have a higher death rate during pregnancy, give birth to sick children, usually give birth to more than three children, have no knowledge of health and treatments, while their babies are less likely to receive a full course of vaccinations and suffer from malnutrition that prevents them from surviving. Over the past four decades, the global increase in female education has averted more than four million child deaths. Uneducated women hardly think about the education and future of their children.