Jacqueline K. McQueen
Media studies
Comments Off on The Media Studies conference on networks and proxy politics will take place on April 25 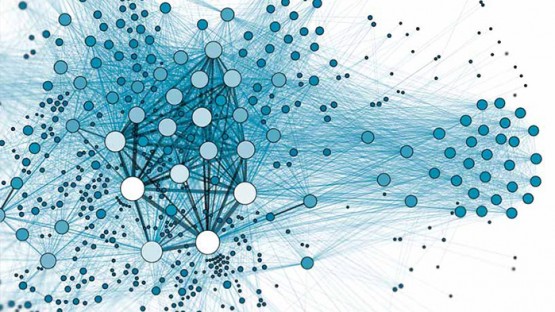 Wendy Hui Kyong Chun will examine how the concept of networking resonates across disciplines in a talk, “Critical Data Studies: The Case of Proxy Politics,” Wednesday, April 25 at 4:30 p.m. in AD White House’s Guerlac Room with a reception to be continued. Presented by Cornell Media Studies, the event is free and the public is invited.

Chun, professor of modern culture and media at Brown University, will argue that while there are strong interdisciplinary projects in network theory across quantitative social sciences and physical, biological, and computational sciences, bridges need to be made. built between qualitative and quantitative theories to tackle the difficulties. problems.

“By thinking together,” she says, “we can challenge default assumptions across all of our disciplines and work towards building a more sustainable future.”

Chun studied Systems Design Engineering and English Literature, which she combines in her current work on digital media. She is the author of “Control and Freedom: Power and Paranoia in the Age of Fiber Optics”, “Programmed Visions: Software and Memory”, and “Updating to Remain the Same: Habitual New Media”, and co-editor of “New Media, Old Media: A Reader of History and Theory. »

She has co-edited special issues of American Literature, “New Media and American Literature”, and Camera Obscura, “Race and/as Technology”. She was a 2016 Guggenheim Scholar, American Council of Learned Societies and American Academy of Berlin Scholar, and was a Fellow of the Institute for Advanced Study at Princeton University, Radcliffe Institute for Advanced Study Scholar from Harvard University and a Wriston Fellow at Brown University.

The event is co-sponsored by the Society for the Humanities.