Jacqueline K. McQueen
Urban planning
Comments Off on The SIBF 2022 panel calls for a rethinking of urban…

The SIBF 2022 panel calls for a rethinking of urban… 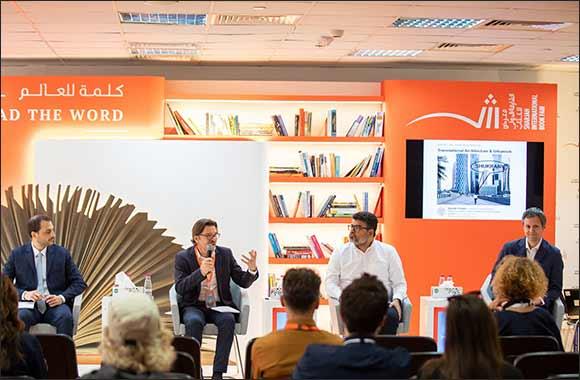 Sharjah, November 10, 2022: The 41st Sharjah International Book Fair (SIBF) discussed the changing landscape of high-rise developments and some of the challenges the industry faces in creating unique architecture to create remarkable cityscapes during a round table devoted to Dr. Davide Ponzini’s book, Transnational Architecture and Urbanism.

Dr Davide Ponzini, Professor of Urban Planning at Politecnico di Milano, opened the forum by presenting his acclaimed book which combines studies of urban planning, design, politics and geography to offer an overview of relevant transnational case studies of urban transformation across the world as well as covering his 15 years of experience in the Middle East as an urban planner.

Ponzini said, “I look at buildings, large-scale development projects, central business districts and other aspects and connect different cities, saying that we should shift our focus from individual buildings to cities in their together, and how they change. In academic debate, there is an explanation as to why cities tend to look more alike and it normally boils down to the simple statement that it is globalization and what to expect? »

He went on to add that he had problems with this explanation because it traps cities in a box of homogenization, especially when the same architects and investors are used to create the buildings that are meant to stand out on a global scale.

Dr Paolo Caratelli, professor of architecture at Abu Dhabi University, said there is often a misunderstanding when famous architects are commissioned to create iconic buildings, thinking there is a “blank canvas ” fill.

He said: “There is always a context in which buildings need to be added to a city, there is always something that needs to represent the ‘real’ city. Too often, these large-scale projects only allow a select group of architects to emerge and produce things that are not always contextualized or integrated into the cities in which they are built. Just like in an orchestra, if you have one instrument that is suddenly much louder, it can overwhelm all the others and instead of creating beautiful music our contemporary cities can become noise.

Commenting on the link made in the Ponzini book regarding architecture and urban planning, Dr Roberto Castillo Melo, Assistant Professor at the American University of Sharjah, said:
“One of the most valuable lessons we have learned from this book is the need to remember that there is a strong connection between urban and architectural environments and that our aim is to enhance and enhance the setting urban and not just focus on aesthetics or surface level requirements.

Using the example of the architectural influence of the Roman Empire, he added that urbanism, globalization and identity architecture are not a new concept and have occurred throughout history.

Commenting on how research in urban planning should impact practice, Dr Sami Ibrahim, policy and strategy adviser for the Executive Council of Dubai, affirmed his belief in the combination of research and practice in urban planning. development.

He said: “It can sometimes be difficult to convince developers of the value of research and the benefits that can be gained by giving researchers time to learn from previous projects and apply those lessons to future developments. . Cities like Copenhagen, Barcelona and Vancouver are good examples of urban planning today, but they were basically laboratories or experimental spaces at one point until they reached this high level of maturity or what we call them “best practices” or “benchmarks”.