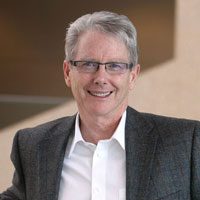 EDMONTON: There’s been a lot of chatter among the chatterboxes of our fair city about the future of a 109-year-old two-lane bridge that’s the main route between Edmonton’s rapidly growing south side and downtown. city.

To this day, the iconic historic High Level Bridge is visually awe-inspiring.

It is very long and very high, crossing the valley of the North Saskatchewan River from the top of the south shore of the city to the city center, alongside the Provincial Legislative Assembly.

The original railway look – all in sturdy black metal – has been retained. It’s easy to imagine the big old Canadian Pacific steam engines huffing and puffing as they haul their loads across the deck.

After all, that’s what it was built for.

There is only one big glaring problem.

The southbound one-way bridge is only TWO lanes wide, with the weirdest entry and exit points you’ve ever seen.

Which is understandable. Again, hey, it was built for trains, not cars.

Driving in the other direction, into downtown Edmonton from the south side, is now quite excellent thanks to a new Northbound FOUR-lane one-way Walterdale Bridge about a mile downstream from High Level.

The Walterdale Bridge is excellent…once you negotiate the equally odd hairpin bends required to descend into the river valley to access the bridge.

However, coming home over the High Level Bridge in the late afternoon is a daily nightmare.

The two very narrow lanes cannot accommodate today’s traffic flow at the best of times, let alone when a lane is blocked or a truck blocks the entrance, as happens around once a month.

The High Level Bridge is a few years away from another rehabilitation/repair/upgrade cycle. So municipal engineers, as they do about every 30 years with bridges, present options to the municipal council.

Here is the giant catch: apart from building an additional new bridge (which is probably the best solution), there is not the slightest thought to INCREASE THE TRAFFIC CAPACITY!

This seems quite extraordinary, a classic case of ignoring the obvious in the name of political correctness.

The most pressing need is to increase vehicle capacity on the bridge and improve circulation.

But no one dares to talk about it!

Because no one is allowed to recognize the problem!!!

For the past fifty years, it has become mandatory for city planners and progressive politicians to be anti-car.

Urban planners – all cyclists – seem to hate cars. Cars! The pinnacle of North American consumerism excess – all that mass and energy to carry one person! Cars! How dare they drive when they should be on public transport – which billions have been spent on but no one is taking.

Cars, occupying a precious parking lot downtown! Cars! Oil and gas guzzlers! Cars! Smelly, fume-spewing, toxic polluters! (Which is an absolute lie, not with current technology and with EVs – e-vehicles – around the corner.)

These attitudes have become entrenched in Canadian planning. Officially, cities give public transport a much higher priority than roads. Nowhere will you find an urban planner who would have the audacity to publicly defend the cause of cars. Tut, tut, old man! Simply not done!

But the undeniable facts refuse to go away.

Until public transit becomes as convenient and versatile as private vehicles, the vast majority of Canadians will continue to buy cars, only using public transit if they cannot afford it. to buy a car.

We live in a terribly cold urban city. Who wants to wait for a bus? Cars keep us warm!

Most young Canadian families dream of living in a big suburban house with at least some grass, two cats in the yard and a bonus barbecue…where at least one car is a must.

Developers are creating car-friendly neighborhoods in the suburbs…because THAT’S WHAT MOST PEOPLE WANT!!!

So why don’t we recognize these blatant truths? Why don’t we encourage the purchase of smaller cars, encourage fewer cars per household, encourage work-from-home careers – as it happens!

Return to the high level deck.

A win-win solution is right in front of us.

A brand new bridge would have to be built – say a replica of the attractive Walterdale Bridge to save on design and engineering costs – to handle southbound traffic.

Keep the High Level Bridge – without any traffic!

Turn it into an unusual urban walkway with those beloved bike lanes, that cute tram, real grass, and Dickie Dee ice cream trucks, even if it’ll be dead when it gets too cold (like seven months in the cold). ‘year). Hey, ice the bike lanes so 100 people a day can skate to work!

Spend a minimum on the bones of the bridge – it will not have to carry loads of vehicles.

Really, there’s no other answer – not if the ease of transportation by private car is also considered good for a city, along with bike lanes and ice cream trucks.

Graham Hicks is a freelance journalist and occasional commentator. From 1992 to 2010, he wrote the popular Hicks on Six column for the Edmonton Sun.

The opinions expressed by our columnists and contributors are their own and do not inherently or expressly reflect the views of our publication.

© Troy Media
Troy Media is an editorial content provider for news outlets and its own hosted community media across Canada.