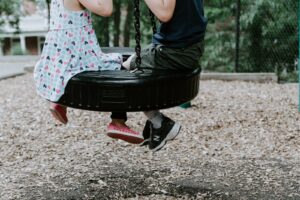 Urban areas with more green space, higher density of buildings and facilities, lower population density, and no main road have been associated with better health behaviors of children.

Research by the Institute for Global Health in Barcelona (ISGlobal), supported by the “la Caixa” Foundation, identified the link after studying the physical activity undertaken by children.

Previous studies have focused only on the effect of the urban environment on adults and have not explored all factors, while this new study explored the effects on 1,581 children aged 6 to 11 from six European countries.

A large proportion, 63.6%, did not meet World Health Organization recommendations for at least 60 minutes of physical activity per day, with 58.6% of children spending more than two hours per day watching television or playing video games.

“Our findings have implications for urban planning policies,” said Martine Vrijheid, head of ISGlobal’s Childhood and Environment program and final author of the study. “Public health interventions tend to focus on influencing individual behaviors rather than addressing the broader systemic determinants that drive these behaviors and worsen health inequities.

“Our evidence reinforces the need to prioritize urban design to improve health-promoting behaviors in children and prevent health problems in adults.”

The researchers identified 32 characteristics of urban environments, such as traffic density and green and blue spaces, and estimated children’s exposure to these elements near their homes and schools.

They also gathered information about the children’s health habits, including the time they spend in moderate to vigorous activity, physical activity outside of school hours, active commuting and sedentary activities, such as the sleep.

According to the results, active travel increased and time spent in sedentary activities decreased in places where children were more exposed to green spaces.

Proximity to a major road was also associated with shorter sleep duration, with people living nearby sleeping about 5 minutes less each night than those who did not.

The findings suggest that the amount of green space and vegetation on streets needs to be increased, according to the study authors.

Vrijheid added: “We need further research including other urban indicators that may be relevant to the behavior of children and adolescents, such as pedestrian areas and sports facilities (e.g. table tennis tables , volleyball courts, etc.), and which examines more countries and less-studied areas to better assess how changes in the urban environment affect people’s lifestyles.

In related newsgreen spaces in England and Wales are worth £25.6 billion every year, according to research funded by the Department for Environment, Food and Rural Affairs.